News: Brexit, you can still buy your Costa Blanca home in Spain 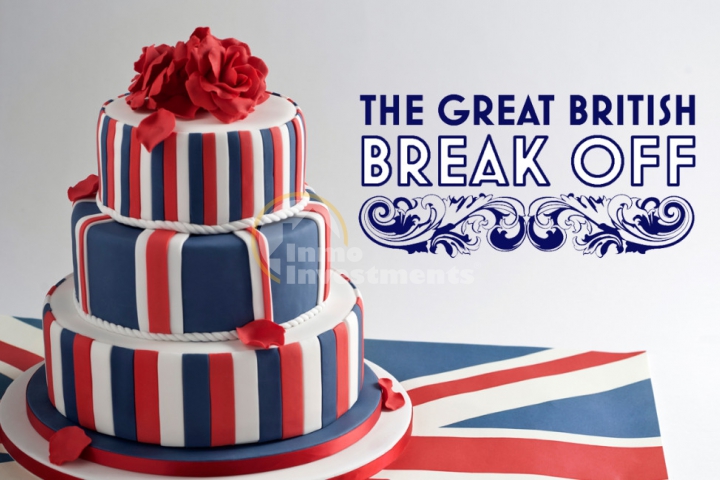 What does Brexit mean for British people thinking about buying a property in Spain?

The result of the UK´s Brexit referendum last month raises some important questions for people interested in buying property abroad. Whilst the current situation remains volatile, Alexander Pichlmayr addresses those questions clearly with the facts as they are today, with speculation and politics removed from the equation as much as possible.

Can British citizens still buy a property in Spain?

YES. Britain is still a member of the EU and will be for at least the next two years due to the exit requirements of existing EU legislation. British citizens are still EU citizens and enjoy the same rights today that they did last week. Britain won´t be able to leave the EU until at least 2019, and it will take many years thereafter to conclude new trade and market access agreements. British people that want to buy a property in Spain are unlikely to feel the effects of any governmental policy changes for quite some considerable time.

Can I still apply for a mortgage in Spain?

YES. Banks in Spain usually ask for a cash deposit of between 20% and 40% from European buyers. This already affords them a considerable level of protection against negative house price movements, and it is unlikely to see adjustment even given the recent events in the UK. With the economic outlook in Europe tied to favourable interest rates, the cost of borrowing remains great value.

What does the fall in the value of the Pound mean for British property buyers?

Right now, for substantially less than the price of a modest flat in Yorkshire you can buy a detached home on the Costa Blanca in Spain with a community swimming pool, and even with the effects of depressed Sterling exchange rates, Spanish property remains excellent value. The exchange rate is likely to be unpredictable in the future, but smart property buyers can take steps to protect themselves from negative currency movements. Speak with us about the financial solutions that are available to you.

Will Brexit mean that the Spanish property market collapses?

NO. Foreign buyers are formed from a diverse group of people from across Europe - German, French, Belgian, Dutch, Swedish, and of course British buyers, amongst many other nationalities. Even a complete collapse in UK demand (as unlikely as that might be) would only exhibit an marginal dent in a much larger international market. The worst that could be expected for the Spanish real estate market currently gaining momentum, is restrained growth.

Will I lose my Spanish home if the UK leaves the EU?

NO. As a country, Spain has a consistent track record of welcoming overseas property buyers, who account for 20% of domestic house sales today. Overseas investment in the Spanish property market is very important to the national economy. British people with homes in Spain will still be able to keep their property even if the UK leaves the EU, as to do otherwise would require the Spanish Government to pass retrospective legislation which is constitutionally prohibited in Spain, and has been illegal since 1978.

YES. The European Health Insurance Card provides reciprocal health cover for UK citizens abroad throughout the EU. It will remain valid until at least 2019 whilst negotiations take place. British expatriates who already live in Spain and contribute to the social security system, or those that chose to do so before 2019, will receive full Spanish healthcare benefits and will continue to do so.

Is my state pension safe?

YES. You are entitled to receive your state pension wherever you live in the world, and the UK Government´s duty to pay it does not diminish should you decide to reside abroad - even permanently. It is possible that British pensioners and retirees living permanently in Spain could lose their automatic right to annual pension increases, but this will be subject to negotiation with the EU and won´t come in to force before 2019, if of course things change at all in this regard.

Will I have to pay tax twice if the UK leaves the EU?

NO. All EU residents get very good tax treatment in Spain, paying the same taxes at the same rates as other Spanish residents. The double-taxation treaties already in place today were established between the UK and Spain independently of the EU, therefore a European exit by either party would have no effect on the legitamacy of the existing tax agreements.

NOTHING AT ALL. At least not for some considerable time. The legal process of leaving the EU cannot begin until the British Government declares its intention to leave under Article 50 of the Treaty of Lisbon, and with the political situation exceptionally fluid, the possibility that the referendum result might not be legally binding, and the extensive protracted period of negotiation that lies ahead, there is no clear concensus whether the UK will actually leave the EU or not.

Meantime, the net effect is that British citizens will continue to enjoy the benefits of European citizenship, to capitalise on rock-bottom Spanish house prices, and the ability to follow their Spanish property dreams for years to come.

With no changes in UK EU policy due until at least 2019, Spanish property still offers a robust investment with the potential to increase in value over the longer term, compared with the immediate uncertainty surrounding UK residential property prices.

Additionally, as the UK hasn´t passed retrospective legislation for 25 years, purchasing a property in Spain before an EU exit might provide an important benefit for those who wish to keep a foothold in the European Union, maintaining freedom to travel and enjoyment of a new permanent or holiday home abroad, prior to any fundamental change in UK government or EU policy.

« Top 10 tips: get the best price for your home in Spain Next
Inmo Investments interview with major web portal » Previous

Extensive detached villa situated on the border of La Florida and Los Altos on the sunny Orihuela Costa . This impressive property for sale offers an outstanding 436m2 of living space and is set on a private 800m2 plot. The house itself is st over three floors that can be used together or independently, as they all have separate entrances, both the basement garage and the main house, with an internal connecting staircase that can be closed to separate them, so that can be great for a...

Immaculate Fortuna style townhouse located in the well sought after community of Albamar, in Doña Pepa, just a short walk away from a wide range of amenities.The townhouse has a garden area to the front and rear of the property, perfect for enjoying the sun all day long. At the front there is plenty of space for a dining table and chairs as well as sunbeds. Entrance into the property is through a covered terrace overlooking the communal areas. Inside opens into a spacious living/dining room...

Well presented, corner position villa for sale in Residencial Lagomar I in Los Altos. Built in 1993 but well maintained, the villa offers 98m2 of living space and comprises 3 bedrooms, 2 bathrooms, lounge/dining room and open plan kitchen. Outside space offers 100m2 established garden with fruit trees, terrace and solarium for year round sun and boasting beautiful distant sea views. Community offers 2 pools for residents and is close to all local amenities. 5 minutes by car to a number...

Modern promotion of new build apartments situated in the heart of Punta Prima provide 2 bedrooms and 2 bathrooms. A light and airy open plan living space with a fully equipped kitchen and dining area. Outside boasts a sunny private garden, balcony terrace or solarium depending on each floor. Community areas feature 2 communal pools with built in sunbeds and water jets aswell as a kids pool, landscaped gardens featuring a lake with seating area, aswell as a jacuzzi, sauna and gymnasium. All...

Modern new build complex of top and ground floor bungalows in Los Balcones finished to a high standard. Ground floor bungalows have a spacious garden area and the top floor bungalows offer a sunny solarium. Each bungalow comprises either 2 or 3 bedrooms and 2 bathrooms, spacious lounge/dining area and fully fitted kitchen. The charming complex boasts a spacious communal pool for adults and children, stunning gardens with views of the salt lakes and close to local amenities. The...

Spacious ground floor in Parque Recoleta, Punta Prima. The property consists of 2 bedrooms and 1 bathroom. The apartment has a large dining-living room, open kitchen and private south facing 19 m2 terrace with a beautiful view of the common areas. The property is located in a private residencial with 2 communal pools, green areas and parking.Punta Prima is a walk from sea, where you can enjoy water sports, entertainment and beaches. It is close to all amenities of Zenia Boulevard shopping...

Beautiful detached house presented in immaculate conditions, with two bedrooms and one bathroom. The surface of the plot is 266 sqm and the surface of the house is 84 sqm. This property offers a private pool, a south-facing terrace and solarium, parking off road and an under-build for storage. All windows are double glazed and the air conditioning installation is included. The house is for sale almost fully furnished. This beautiful recently built house is located in the golf area near the...