News: The cost of living in Spain, how much does electricity cost in 2021? 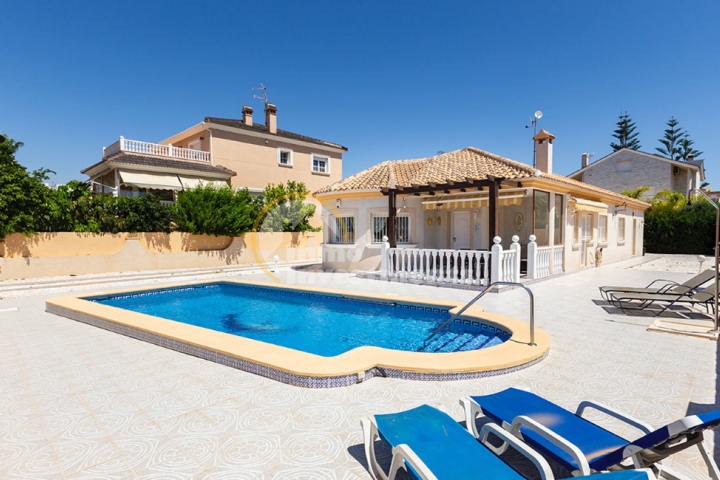 How much are utility bills in Spain? Real energy costs on the Costa Blanca

ONE OF THE MAIN monthly expenses associated with owning a property in Spain is the price of electricity, so it´s an important expenditure to keep in mind when you´re working out your budget of regular expenses.

It´s not unusual for properties on the Costa Blanca to rely solely on electricity for heating in the winter months, cooling in the summer, and the heating of hot water year-round; and for full-time residents in Spain an electricity bill will likely be their largest single regular household expense.

In this example, we´ll be looking at the cost of electricity with Spain´s largest electric utility company, Iberdrola. The Spanish multinational company delivers electricity to more than 10 million homes throughout the peninsula and Iberdrola is the seminal brand associated with the supply of electricity in Spain.

To accurately calculate potential future energy costs for any property, you´ll need to consider several factors. Monthly bills are essentially split into two parts - the fixed monthly costs for standing charges, and the variable cost of units of electricity used each month.

Standing charges for electricity are payable every month whether or not your home in Spain is occupied, so it´s essential to estimate the future financial liability when you´re checking your finances, even if you only intend to use your property as a holiday home. 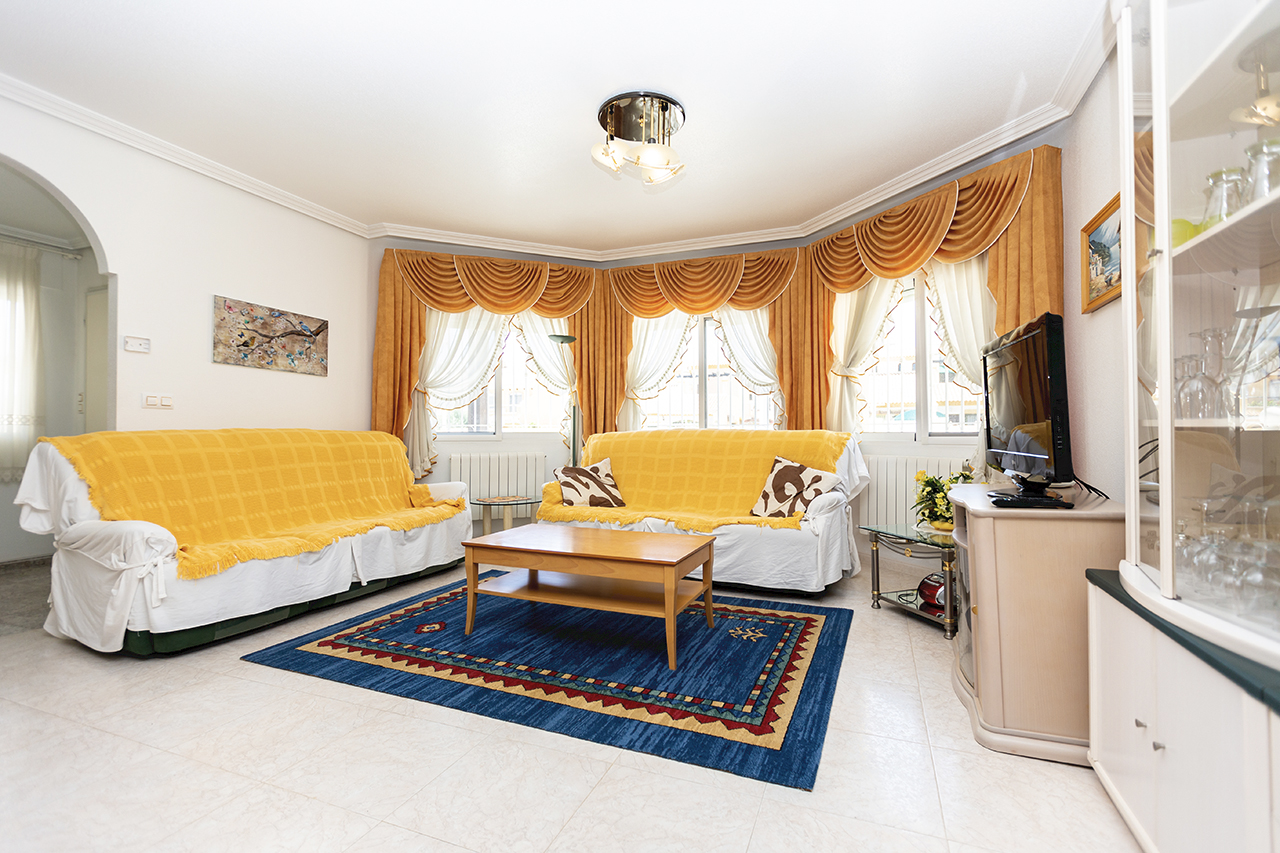 Fixed monthly electricity costs, how much are standing charges?

The standing charge for electricity in Spain is calculated based on several factors and differs according to the chosen supplier, the selected tariff, and the total load capacity of your property´s consumer unit or fuse board.

The total load capacity is measured in kilowatt-hours (kWh´s), and it´s common for most holiday homes and residential properties on the south Costa Blanca to have a 5 kWh fuse board.

According to Iberdrola, 98% of Spanish homes nationwide have a maximum load capacity of 10 kWh´s or less, and the company charges 57,23 € per kWh per year inclusive of taxes across the majority of their electricity tariffs.

So a typical 5 kWh fuse board would generate a standing charge of 23,85 € per month including tax, and each additional kWh would add 4,77 € per month to the fixed cost of your Spanish electricity bill.

If you plan to use your property in Spain as a holiday home, with a few exceptions you should comfortably expect your electricity bill to be less than 30,00 € per month whilst your home remains unoccupied. 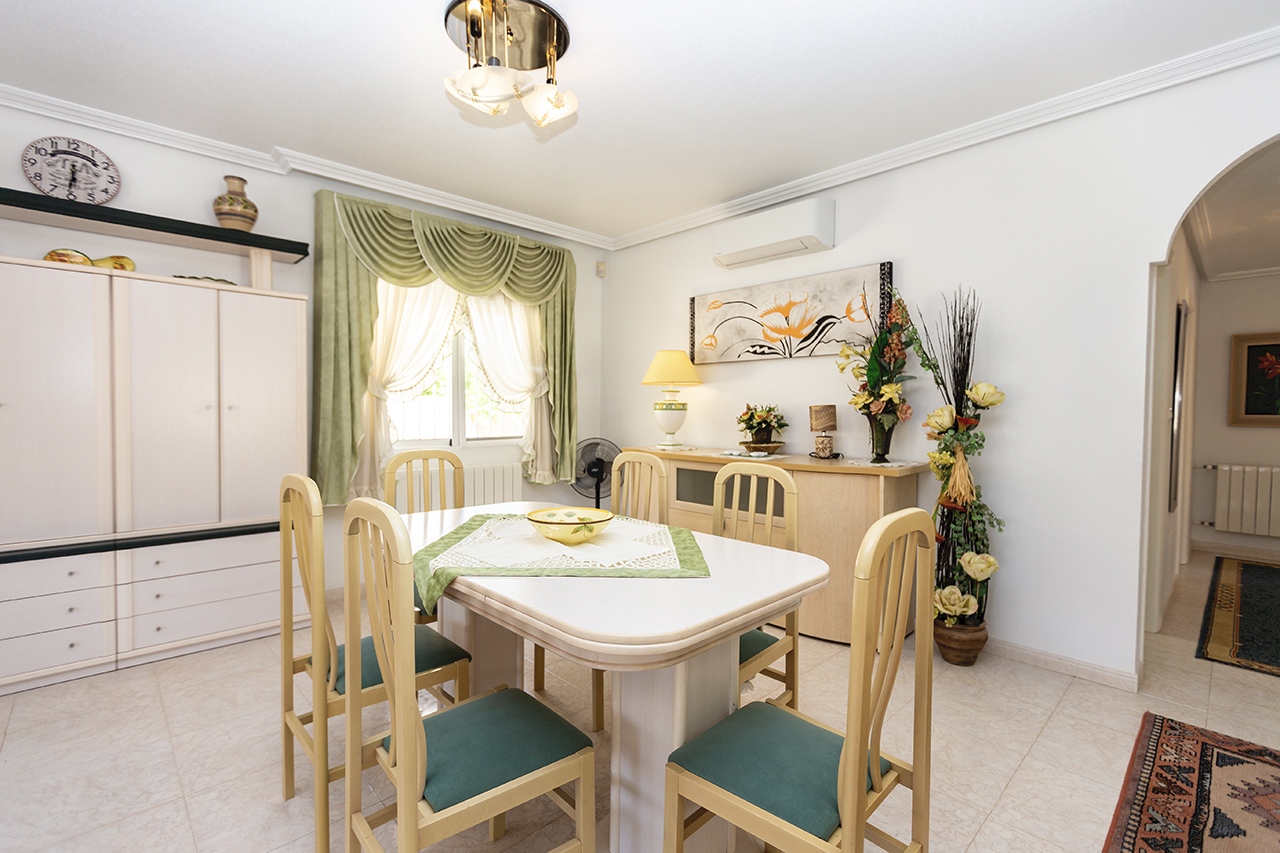 How much does 1 kilowatt-hour (kWh) cost in Spain?

Units of electricity are billed per kilowatt-hour and the cost of each unit depends on the tariff chosen. The unit cost can be significantly higher for properties with consumer units that exceed a potential of more than 10 kWhs.

Iberdrola provides a choice of tariffs including tailored plans that offer reduced energy prices at certain times of day, and tariffs for holiday home owners that intend to use their property seasonally.

In particular, the "Summer Plan" and "Winter Plan" offer electricity at beneficial rates during popular months, in return for higher unit costs at other times of the year when the property may not be regularly occupied.

The standard cost of one unit of electricity with Iberdrola is 14,5 cents per kWh, but unit prices can be as low as 3,8 cents at certain times of the day on other tariffs. Here are Iberdrola´s current domestic electricity rates for January 2021 (prices include taxes) ... 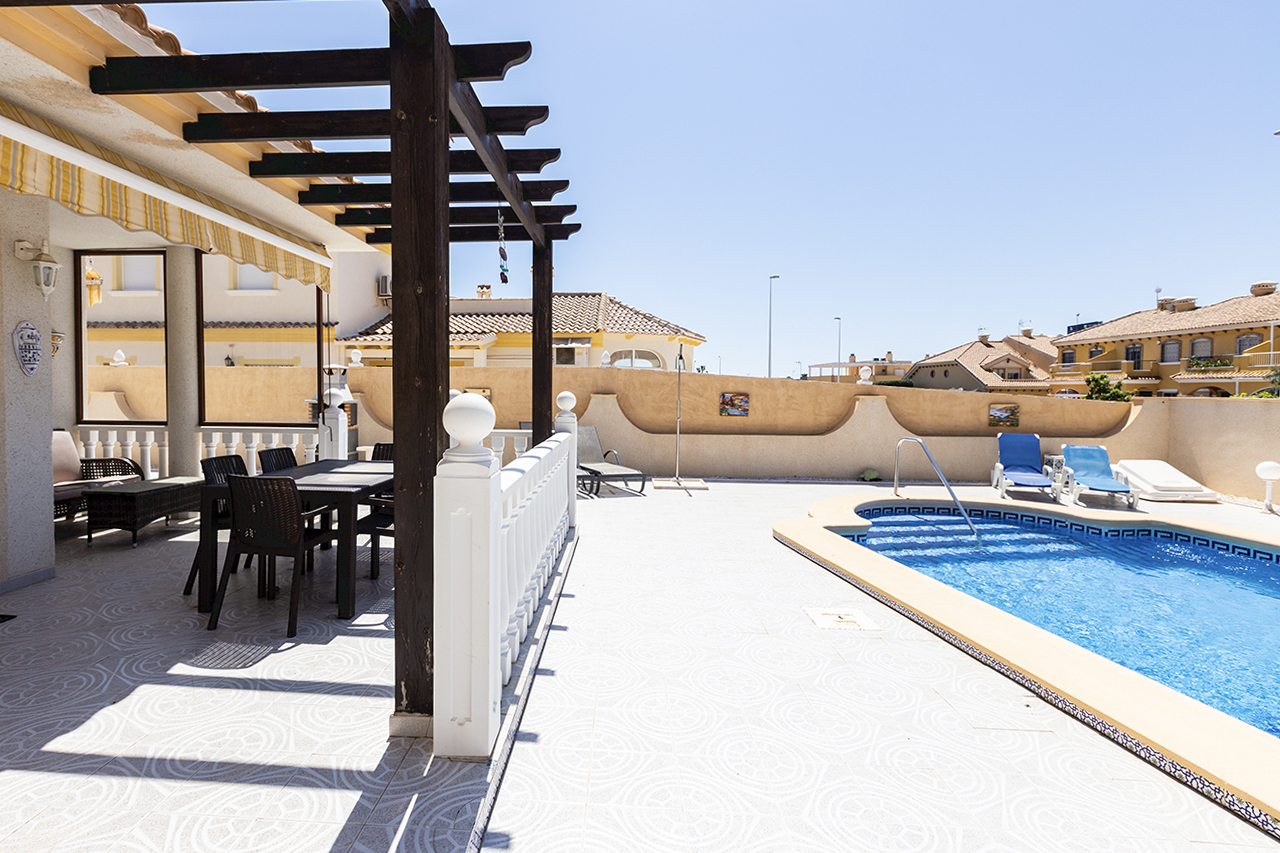 How much is the average electricity bill in Spain?

Like any property, the expected cost of monthly electricity bills is determined by a variety of factors including the prevailing weather, orientation and size of the property, the energy efficiency of electrical appliances, the amount of time the property is occupied, and personal preferences regarding electricity use.

We looked back at the actual previous bills from January to December during 2020 for a medium-sized 3-bedroom detached villa on the Costa Blanca occupied full-time by a family of three people, with a standard "Stable Plan" tariff in place with Iberdrola.

The villa in our example is heated and cooled throughout the year with four electric inverter climate control split-units (three units in the bedrooms, and one unit in the main living area). The villa is traditional in build, uses an electric water heater, and does not benefit from additional insulation, gas appliances, or a private swimming pool.

The chart below illustrates how the amount of electricity consumed is influenced by the seasonal weather in Spain, with consumption peaking in the winter from December to February, and the highest levels of energy use occurring in July and August coinciding with the height of the summer season.

The cheapest bills arrived in May and October, and the average cost of electricity for this property during the 2020 year was 129,18 € per month. Depending on the factors listed above, smaller properties, or townhouses and apartments with fewer exposed outside walls will be significantly cheaper to run.

We´ve spoken with some of our customers, they estimate their average bills to be slightly lower than our example so there´s some considerable scope for variation in potential electricity bills.

Holiday homes that remain unoccupied for most of the year will benefit from minimal bills, whilst larger villas or properties with a private swimming pool should expect monthly energy costs to be somewhat higher.

Of course, it´s possible to reduce future electricity bills by installing energy-efficient technologies such as LED lighting and solar water heating, or upgrading large domestic appliances such as fridge freezers and washing machines, regardless of the type of property.

Such improvements can make significant and immediately noticeable differences to the monthly energy costs of any property in Spain, in return for a relatively modest capital investment. Ultimately, individual electricity costs will vary widely and will differ between suppliers.

Please note that Iberdrola is one of many electric utility companies providing domestic energy services to residents in Spain. For details of other electricity supply companies please click here.

Would you like to see more of the property featured in this article? This beautiful detached villa in La Zenia is on the market right now, view the property listing and photos of this stunning family home.

« Life in Spain, bars and restaurants on the Costa Blanca... Next
The latest Spanish property market trends and house... » Previous

La Zenia, detached villa for sale located only 600 m from the beach. This gorgeous detached villa offers 238m² of living space and set on a private 701m². This beautiful property benefits from 5 large bedrooms (only 1 single), 3 bathrooms, large living room with fireplace, 2x dining areas and separate fully fitted kitchen with access to the garden, South facing terrace at the front and covered terrace at the back, solarium, car park on plot with carport and a good sized community pool,...

Excellent location for this well priced town house for sale situated in the heart of popular La Zenia. Built in 2001 and maintained to a good standard the property sits on the select community of Sal y Mar V and is set over 3 floors, offering on the ground floor, spacious lounge/dining room, separate kitchen with ample storage and cupboard space plus room for a dining table and chairs, the kitchen also boasts adjoining utility/laundry room with plenty of storage. The first floor offers 2...

Super lock up and go apartment for sale located only 200m from the La Zenia beach at El Pueblito. The compact apartment offers everything you need for a sunny vacation in one of the most prestigious areas of the Orihuela Costa at La Zenia. The top floor apartment comprises double bedroom, shower room, open plan lounge/dining area and galley kitchen plus balcony terrace, perfect for al fresco dining and breakfasting. Sold fully furnished and key ready with white goods, air conditioning...

This beautiful and impeccably presented corner position town house has been thoroughly renovated and lies just 400 m from La Zenia beach .The property provides spacious, light and bright accommodation across two storeys. A covered terrace overlooks a natural park, and the glass doors can be pushed completely aside so you can leave the terrace open in the summer and perhaps enjoy a glass of red wine in the evening whilst watching the sunset. Upon entering the property you will...

Outstanding villa located in one of the most exclusive areas of Orihuela Costa, La Zenia . The villa for sale offers the following dependencies, on the ground floor, the main living room, kitchen, study, double bedroom and shower room, plus terrace with beautiful views. The first floor offers 3 large double bedrooms, bathroom, extensive terrace with a summer kitchen and with direct access to the private swimming pool plus workshop. The two tiered 500m2 plot offers a fantastic outside...

Magnificen t villa for sale located just 400 meters from the La Zenia Boulevard and 1,200 meters from the beach of La Zenia. On the ground floor, a hall of 40 meters has been converted into bedrooms, kitchen and bathroom. The house is accessed by 2 external stairs where there is a lovely terrace with beautiful views facing South. We also find on this floor, living room with fireplace, extra room, kitchen, two double bedrooms and 2 bathrooms, one en suite. From the terrace up a staircase... 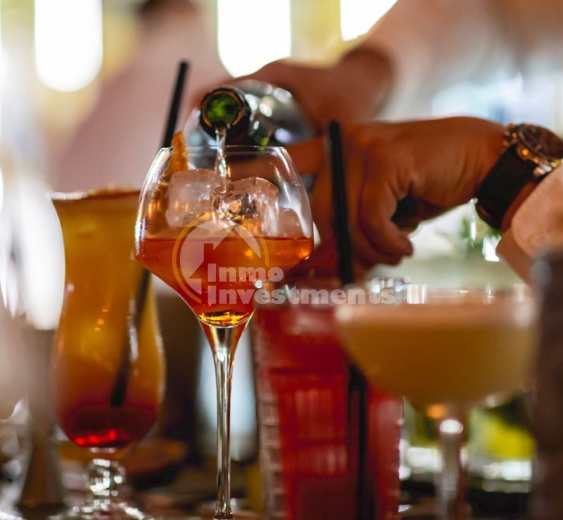 Life in Spain, bars and restaurants on the Costa Blanca to open next week

Spain starts to follow the roadmap to recovery from the COVID-19 pandemic THE VALENCIAN... 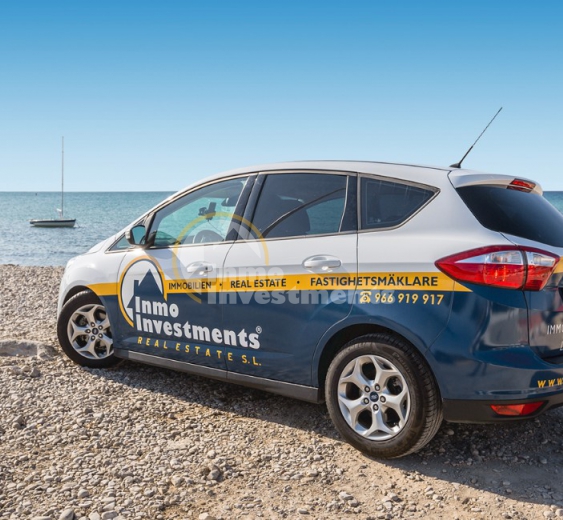 The latest municipal Spanish road tax costs for the 2021 fiscal year Calculating the... 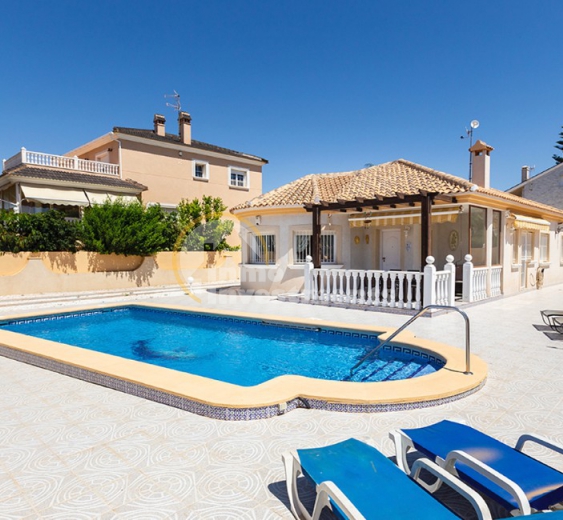 The cost of living in Spain, how much does electricity cost in 2021?

How much are utility bills in Spain? Real energy costs on the Costa Blanca ONE OF THE MAIN...