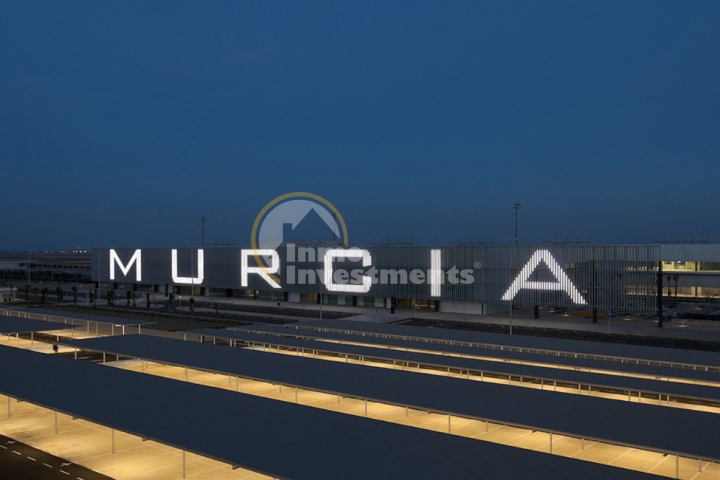 Flight schedules and airport information for the summer 2019 season

WITH THE NEW YEAR on the horizon, Spain´s newest travel destination, the Región de Murcia International Airport, is on track to open it´s doors to commercial flight traffic on 15th January next year. But which airlines will fly to Corvera airport in 2019?

Additional summer routes will be added throughout the year, with British carriers Jet2 operating flights from Manchester and Leeds Bradford, and Flybe offering a seasonal summer charter from Southampton from 29th June 2019.

Norwegian will be offering connections between Spain and four popular city´s in Norway via Corvera airport, and the Czech charter airline SmartWings will add a seasonal service to Prague from mid-May.

Which car hire companies will be based at Covera airport?

Car hire operators Goldcar, Rhino Car Hire, Europcar, Centauro Rent a Car, and Avis have confirmed that they will be offering car rental services from on-site offices at the airport.

The airport will have four bus lines to connect it with main population centres and prominent tourist destinations such as the Mar Menor.

Schedules will depend on flight times and the bus service will be available every day of the week including weekends and public holidays, with services to Murcia, Cartagena, San Javier, and Los Alcázares.

AENA, the appointed managing operator of Corvera airport, have been issuing contracts to local and international companies to help manage the day-to-day running of the airport, including an award of €51,000 to combat the dangers posed to air traffic by birds.

Which restaurants and shops will be opening at Covera airport?

To date, four concessions have been negotiated for food and beverages, including a Costa Coffee café, a Subway sandwich shop, a Semba restaurant, and a WHSmith outlet offering a selection of books, magazines, and light snacks.

« Our latest home buyers trade Icelandic winters for the... Next
From Bulgaria to La Zenia, finding the ideal home on the... » Previous

New construction - exclusive 5 bedroom luxury villa with panoramic sea views - Cabo de Palos. With the studied design of the villa based on clear lines, cubic and functional, the Swiss architect MASSIMO DI CAUDO seeks to break with the traditional housing developments typical of the Spanish coast.A microclimate is extended to each living space thanks to its design and distribution of interior spaces, which together with the thermal and acoustic insulation of the villa, creates a harmonious...

Stunning golf bungalow apartments at the Mar Menor Golf Resort . This modern complex offers 2 bedrooms and 2 bathrooms, living/dining room and a fully fitted kitchen with oven, hob and extractor fan. The bungalows of ground floor models include a private garden, and penthouses boast a spacious terrace and all provide golf views. The properties are sold with all necessary extras including pre-installed air conditioning, built-in wardrobes and double glazing. Excellent location at...

Fourth floor apartment for sale , directly beach side at the Mar Menor at Residencial Bahia 2000 a sought after complex in a prestigious location. This extensively spacious apartment offers 161m2 of living space (larger than the average villa) and comprises 3 double bedrooms, 2 bathrooms, ample lounge/dining room, kitchen and 11m2 private balcony sun terrace with stunning sea views. Sold unfurnished and in need of some renovation including full kitchen installation and minor...

A stunning modern new build detached luxury villa located at the heart of La Manga Club Resort , in Cartagena, Murcia. Built to the finest design and specification, this magnificent villa offers 193 m² of living space over a single floor on a generous 546 m2 private plot. The accommodation centres around an extensive open-plan living area including a dedicated dining area, living room, ultra-modern kitchen, floor-to-ceiling windows, and door out to the garden and large private swimming...

Well located town house for sale at the sought after Aldeas de Taray Club on the Mar Menor. The property offers 2 double bedrooms, 2 bathrooms, lounge/dining room, kitchen and patio terrace and balcony terrace with pool and garden views, set over 2 floors. A traditional property with quaint Spanish charm, sold unfurnished and in need of some minor TLC. Located at the northern end of La Manga , next to the Mediterranean Sea and 160 metres from the Mar Menor. Super-verdant community...

New construction - villa on a plot of 1400 sqm with sea views, within walking distance of the beach in La Manga del Mar Menor. Two plots in an idyllic location in the "Trebol Veneciola" of La Manga.Each plot has 1400 m2 approx. with the possibility of building an independent villa of 200 m2 built, with its own swimming pool. Price from € 920,000 + VAT There is the possibility of building a larger independent villa (up to 400 m2 built), this project will be carried out once the client...