News: Understanding the EU 90-day rule in Spain for British and UK nationals 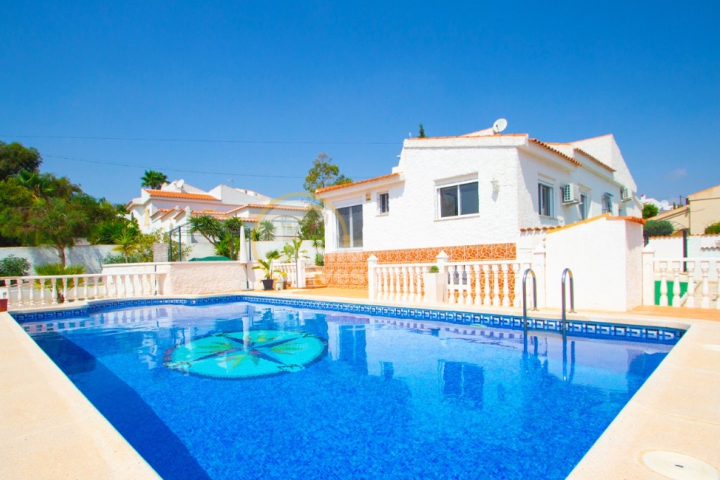 What is the 90-day rule, and does it matter to British property buyers?

WE´VE HEARD A LOT from our British clients with regards to the EU´s so-called "90-day rule", often referred to as the "90/180-day rule" that applies to UK nationals who already own a home on the Costa Blanca, or British residents planning to buy a holiday home in Spain.

The United Kingdom ceased to be a member of the European Union becoming a third country with effect from the 1st January 2021, and the 90-day rule affects the rights of British second-home owners in Spain - and in fact throughout the European continent.

Until the end of 2020, British people could stay in any other EU Member State for as long as they wanted to as citizens of the Union, but what changes most for UK buyers now is that the period of time (or rather, the number of days) they can spend in Spain will be limited.

EU Regulation 2018/1806 of the European Parliament stipulates that visitors from the UK may enter any European Union country without a visa for stays of no more than 90 days in any 180 days.

The regulation forms part of the external border policy of the EU, so exactly how does it work, and how will the 90-day rule affect ownership of Spanish property by British nationals? 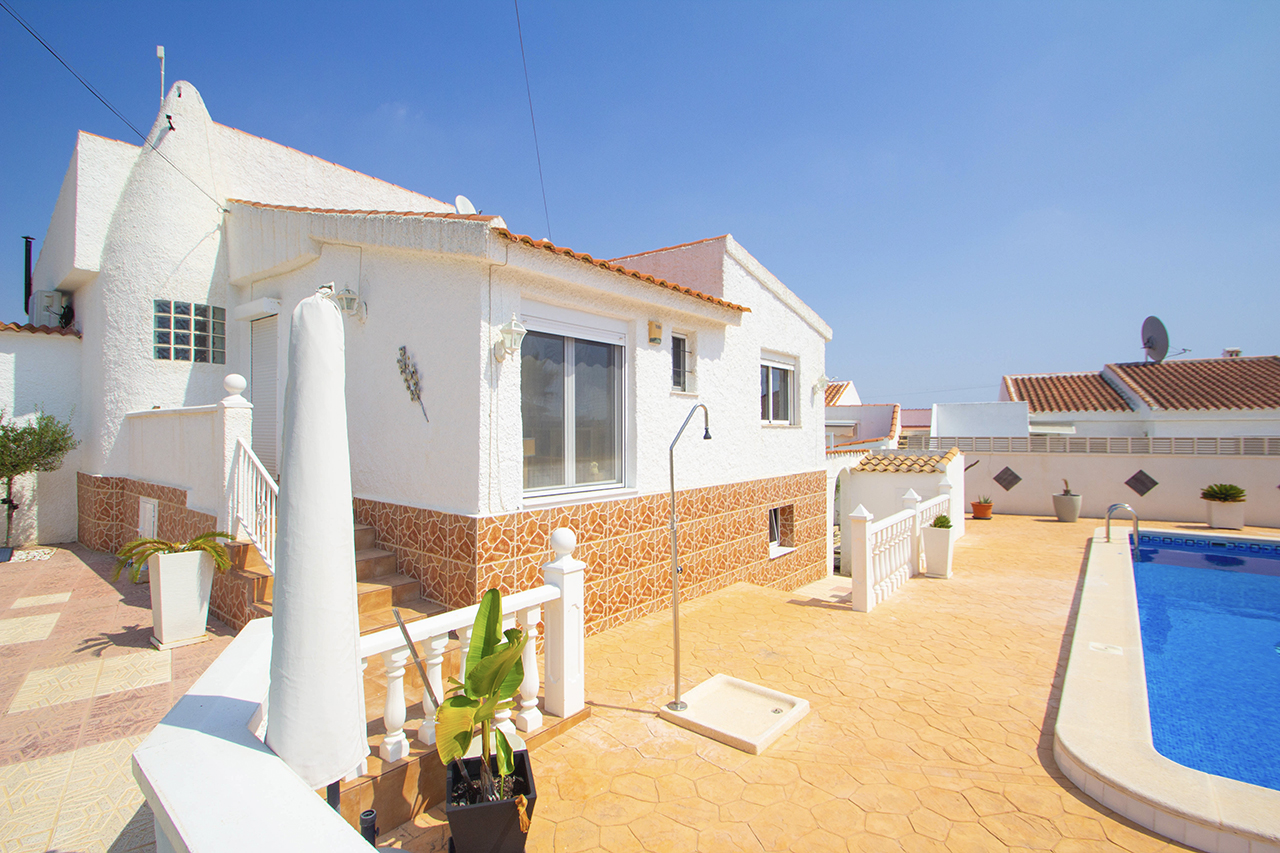 First things first - British citizens still have the same rights to buy property in Spain as they have always enjoyed, in just the same way that other non-EU nationals own property here, such as homeowners from the United States, South Africa and Australia.

Indeed, despite the financial uncertainty caused by Brexit and a global pandemic, British buyers continue to be the leading source of international investors, followed by German and French overseas property buyers.

The process of buying a property in Spain remains simple and thankfully uncomplicated, and in the majority of cases, nothing has changed for British buyers.

It should be clear that all buyers and owners of property in Spain, both current and future, have equal rights and obligations enshrined in domestic and European law, regardless of their nationality or their residency status.

But the 90-day rule means that the amount of time British people can spend in the Schengen Area is limited. So whether you´re planning a weekend away in Venice, a city break in Paris, or a two week summer holiday on the Costa Blanca, all the time spent in the EU counts towards your limit. 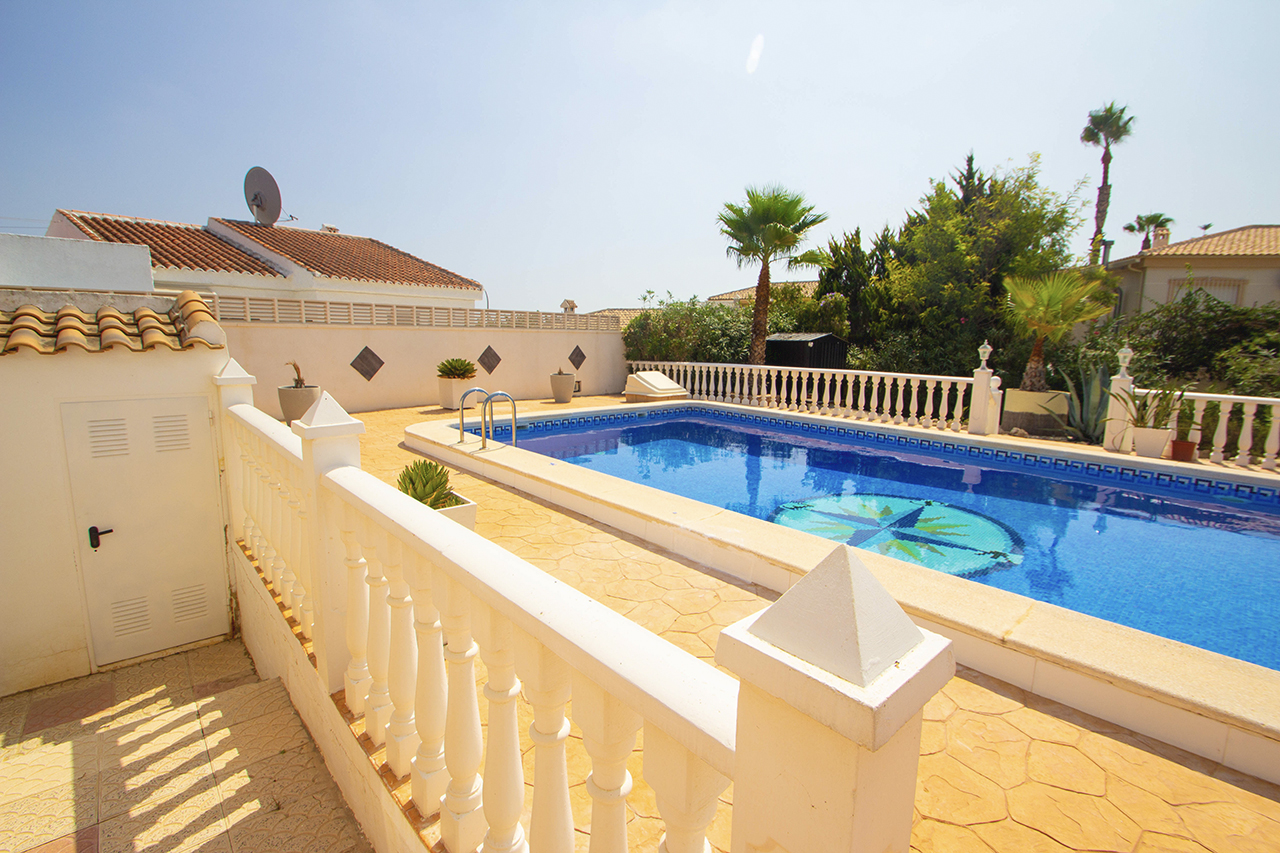 What is the 90/180-day rule for UK property buyers in Spain?

Citizens of visa-free non-EU countries such as the UK are permitted to enter countries within the Schengen Area without a visa for up to 90 days out of every 180 days. During these 90 days, British nationals are not allowed to engage in paid work or study, but can travel for business, tourism, or to visit family, friends or relatives.

UK residents can choose to use all of their allocated 90 days in one three-month-long holiday, or could take a couple of weeks here-and-there whenever they prefer until their 90 days have been used.

It´s important to note that because the clock starts from the moment of entry into the EU, it´s not possible to consolidate the two annual 90-day allowances into one long 180-day period.

Once the 90-day allocation has been exhausted, European law requires that British nationals leave the EU without exceeding the mandatory limit, and not return to any country within the Schengen Area until a further 90 days have passed.

Crucially, the 90/180-day allowance keeps rolling. UK citizens who might be close to the limit of their allowance will need to check if they have been present in the Schengen Area for less than 90 days during the past 180 days. 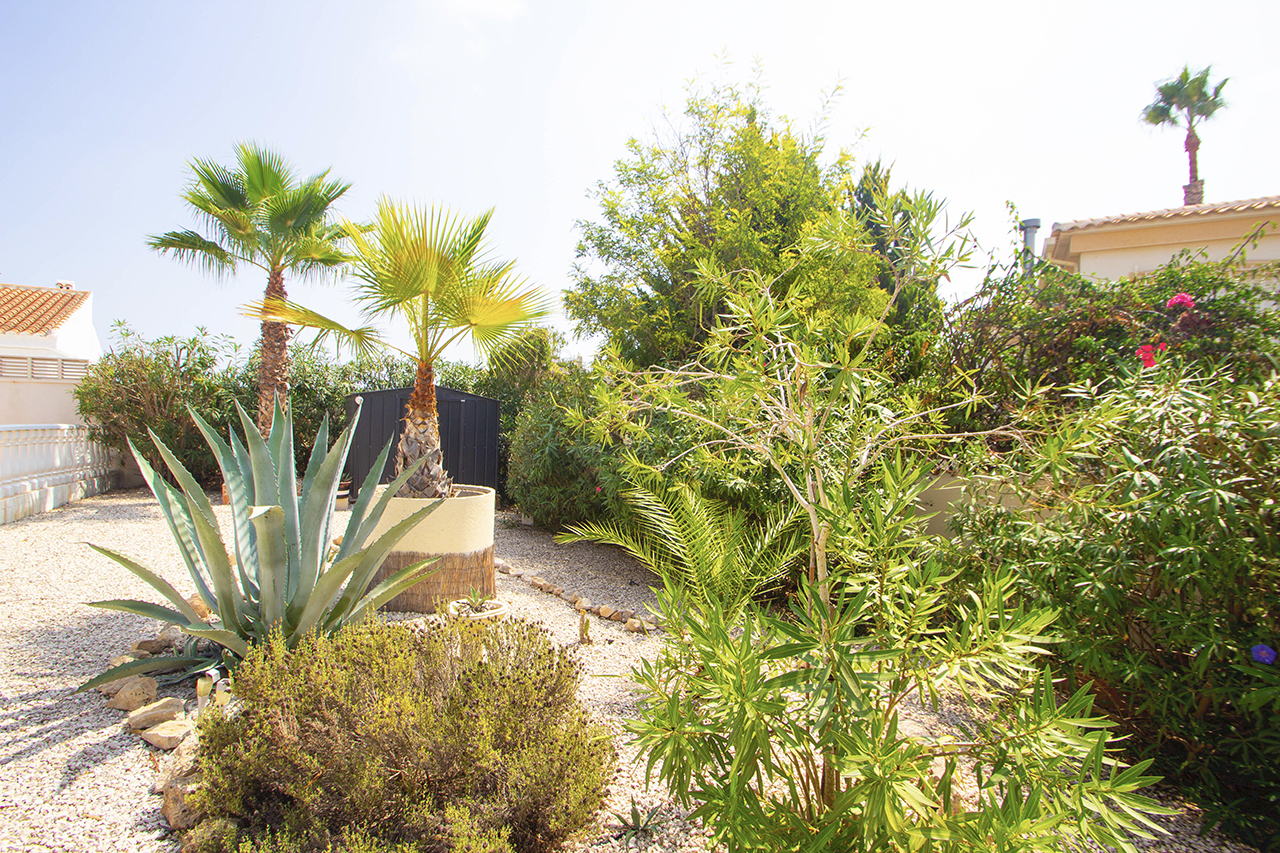 How does the 90-day rule work in Spain, and does it matter to me?

The website Schengen Visa Info offers a handy travel calculator for non-EU citizens that works out how long visitors are permitted to remain.

But ultimately, budding British holiday home owners need to ask themselves whether the 90-day limit will really make any difference to them, their desired future lifestyle, or their current personal circumstances.

Prospective property buyers from the UK can still spend almost 13 weeks on the Costa Blanca every six months, or more than 25 weeks in the Spanish sunshine each year, without the need for any additional documentation or a visa application.

That´s a lot of long holidays and for many people, balancing existing work and family commitments could make spending 6 months out of every year in another country difficult if not totally impractical.

And of course, British nationals with long-term plans to live in Spain or dreams of retiring to the Iberian peninsula in the future, are still eligible to apply for a Schengen Visa at any time in the years to come.

Interested in this beautiful home? This exclusive detached villa in La Marina is on the market now. Take a look inside this impressive property.

« Our latest homebuyers, Karin and Bernd from Germany Next
Living the Spanish dream in Benijófar on the South Costa... » Previous

Independent villa located in La Marina, Elche. The villa consists of 1 large living room that overlooks the garden, 3 bedrooms, open kitchen, 3 bathrooms and 2 large terraces. It also has a private plot of 500 m2 with parking area and private pool, garden, solarium and storage room. The houses also have hot and cold air conditioning, video intercom, security door and alarm. The Navy is an urban complex dependent on the city of Elche. It is located between Guardamar del Segura and Santa...

Freehold commercial for sale with self contained living accomodation above in the form of a 2 bed apartment. The property was previously used as a business unit for a computer sales, repair shop. This is not currently being sold as a going concern and is premises and apartment only that are being sold. Suitable for many types of business and comprises in the commercial part a downstairs show room, shop front and sales area, separate repair workshop/office, ample storage areas and...

Stunning new build promotion of luxury villas for sale located in the upcoming and sought after area of La Marina Del Pinet . The villas offer 3 or 4 bedrooms models, with 3 or 5 bathrooms, an open plan lounge, dining room and fully fitted kitchen. Outside space boasts a private swimming pool (size varies depending on model) and ample sun terraces, including a spacious solarium, perfect for all year round sun. The properties are sold with all necessary extras such as onsite parking,...

Traditional bungalow for sale in La Marina. The bijou property boasts a corner position and offers 2 bedrooms, renovated shower room, a light and airy living area with an open plan modern kitchen. Outside space boasts a glazed terrace and as low maintenance South East facing corner garden. The property is sold partly furnished and has communal parking close by. Situated within walking distance to several bars and restaurants, local shops, supermarket and so much more plus a short drive to...

Simply impeccable detached villa for sale situated in Urbanisation La Marina. This outstanding family home has been renovated to a good standard and offers 3 double bedrooms, master bedroom with walk-in wardrobes and en-suite shower room, 2 further family bathrooms, extensive open plan lounge/dining room with renovated and modern American style kitchen with breakfast bar and adjoining office/study (this was originally a fourth bedroom and could easily be converted back). Set on an...

Stunning and modern newbuild villas in La Marina. The villas offer an impressive 3 bedrooms and 2 bathrooms. Open plan, modern kitchen with connecting dining room, and lounge with big picture windows that look out on to the garden. private pool (extra), a private solarium for year^-round sun and onsite parking is also provided. The villas will be equipped with pre-installation of air conditioning, video intercom and alarm installation, all built to an exceptionally high standard....

Stunning new build promotion of luxury villas for sale located in the upcoming and sought after area of La Marina Del Pinet. The villas offer 3 or 4 bedrooms models, with 3 or 5 bathrooms, an open plan lounge, dining room and fully fitted kitchen. Outside space boasts a private swimming pool (size varies depending on model) and ample sun terraces, including a spacious solarium, perfect for all year round sun. The properties are sold with all necessary extras such as onsite parking,... 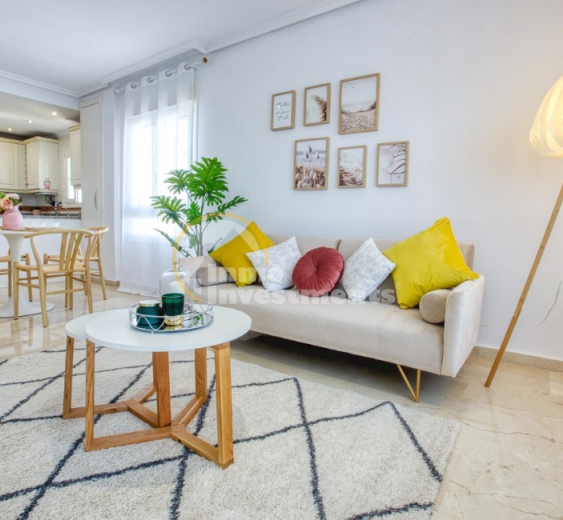 Can you buy a quality holiday home with the perfect location on a budget?

A Spanish property that ticks all the right boxes for less than you might think IF YOU... 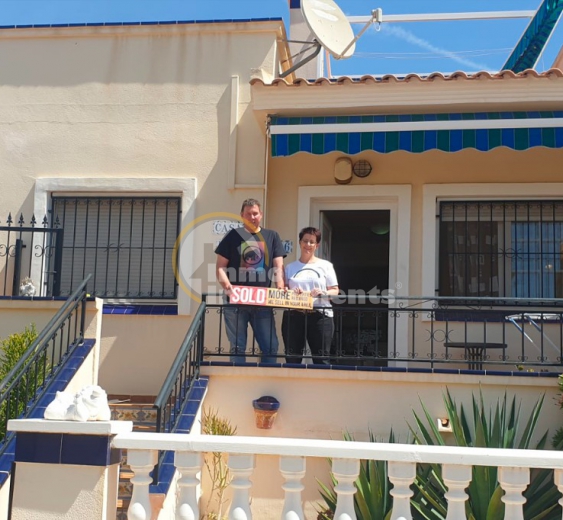 Our latest homebuyers, Karin and Bernd from Germany

Karin and Bernd came from Germany to complete the sale of their property in Spain earlier this... 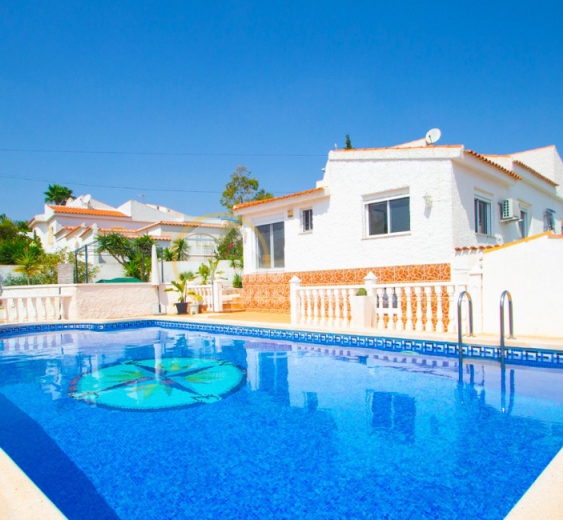 What is the 90-day rule, and does it matter to British property buyers? WE´VE HEARD A...