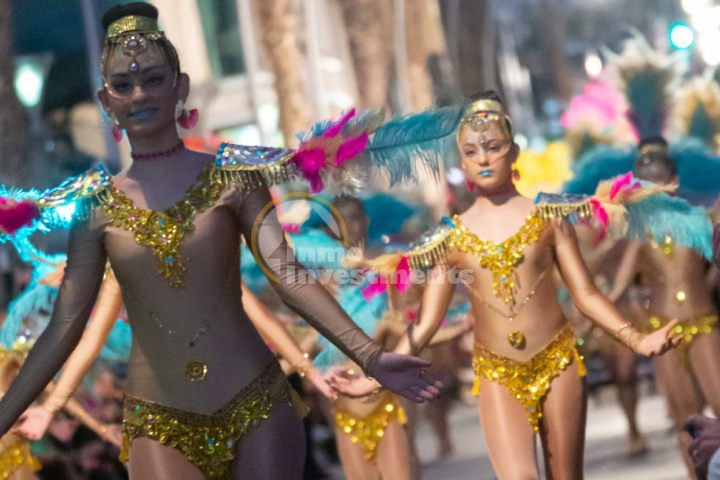 THE MEDITERRANEAN PORT CITY OF TORREVIEJA is amidst the throes of a month-long festive carnival that promises to deliver an added splash of colour to the already vibrant beachfront locale.

The annual traditional event signifies the arrival of an early springtime, bringing energy and vitality to the city after a thankfully short and temperate winter.

Torrevieja's street parades take inspiration from the traditional Brazilian festivals such as the world-renowned Rio de Janeiro Carnival that takes place next month.

However, unlike Rio´s celebrations that last just five days, the Costa Blanca city will keep the party spirit rolling for a full month, with the event culminating on Sunday 3rd March.

The Torrevieja Carnival has a colourful history and the city has held an annual parade for nearly 40 years.

Unashamedly flamboyant in nature, the energetic and carefully choreographed street routines will see more than 2,000 dancers of all ages fill the cities narrow avenues with an abundance of music and movement - replete with drag queens.

Drag queens are an integral part of the show, venerated for their beauty, and admired for their feathers, rhinestones, and resplendent costumery.

The Torrevieja Carnival is an incredibly popular event, and the street performers will be severely outnumbered by their audience which will number in their tens of thousands. 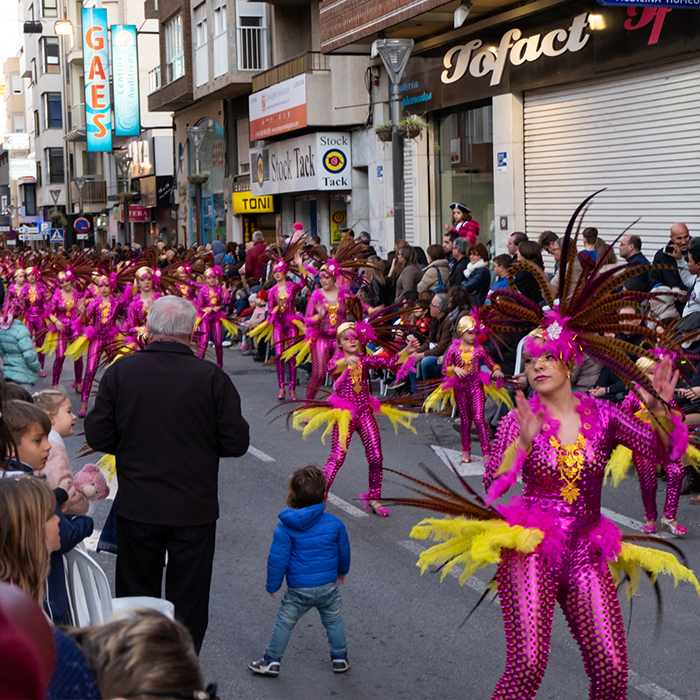 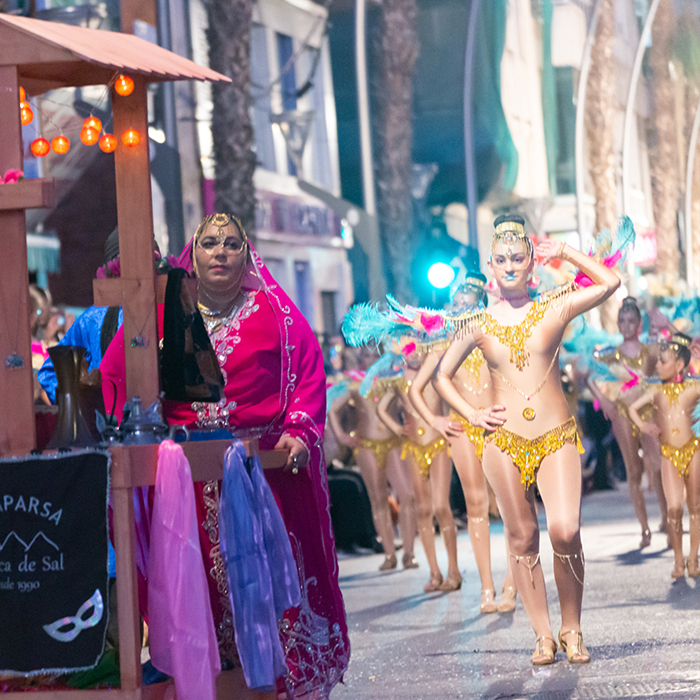 Visitors descend upon the city from across the Iberian peninsula and from all four corners of the earth during the public event, with spectators from Italy, France, China, Latin America, and the United States in regular attendance.

This year's celebrations centre around a social calendar of events organised by the Carnival Cultural Association of Torrevieja, in association with local businesses, city hall, and the Costa Blanca tourist board.

The next event takes place this coming weekend with the 11th Torrevieja drag queen contest tomorrow, held at the International Auditorium from 9:00 pm.

The party truly hits the streets later this month when the third "Carnavalera" day takes place in the city centre on Sunday 17th February, with a parade starting from Plaza de Oriente at midday.

Three additional street parades will follow the Carnavalera, and the celebrations conclude with the great night parade on Saturday 2nd March from 7:00 pm along the entire length of Calle Ramón Gallud, terminating at Plaza Maria Asunción.

Tickets for the events being held at the International Auditorium will cost €6.00 per person, and tickets are available from the Municipal theatre in Plaza Miguel Hernández or from the auditorium directly. The theatres' ticket office is open Monday to Friday from 6:00 pm to 8:00 pm.

« Falling in love with a beautiful home in Los Balcones Next
Our latest home buyer trades Russian winters for the... » Previous

Sunny apartment in Aguas Nuevas - Torrevieja (Costa Blanca South)The apartment is located on the first floor in a gated community with large communal swimming pool and private parking. There is a spacious living room with an equipped open kitchen and access to the sunny balcony overlooking the swimming pool. There are 2 bedrooms, a bathroom and a storage room. The property has just been repainted and is in good condition.This apartment is located in a residential complex on the outskirts of...

Impressive detached villa for sale in Torrevieja boasts a grand hallway leading into the main seating area and library with an adjacent seating/dining area, as well as a fully equipped independent kitchen and utility room. On the first floor are 3 double bedrooms, all have en suite bathrooms and the master suite also includes a private dressing room. Downstairs also provides a bedroom and bathroom. Outside space boasts a spacious plot with landscape gardens, a private pool, barbecue and...

This gorgeous apartment is located in the fabulous area of Aguas Nuevas just outside Torrevieja centre. Offers 2 bedrooms, bathroom, lounge/dining room,kitchen and terrace. Although you are no more than two kilometres away from the beach, you will certainly appreciate the opportunity to use the local communal pool. What an excellent chance to make new friends, isn't it? And, there's more. You have to walk for no more than 10 minutes to get to the town centre. With this property, you are...

Second floor apartment for sale located close to the Naufragos and Acequion beach in Torrevieja. The totally renovated property offers a perfect holiday getaway apartment situated in a fantastic coastal location only 300m to the beach of Acequion in Torrevieja. The apartment offers 53m2 of living space with 2 bedrooms, family bathroom, spacious lounge and dining area with balcony terrace boasting a South West aspect perfect for breakfasting, plus modern open plan kitchen with breakfast...

Renovated top floor duplex apartment situated close to the natural salt lakes of Torrevieja. Renovated to an exceptional standard in 2018 with new bathroom, kitchen and flooring and maintained to an exceptional standard, this beautiful home for sale offers 3 bedrooms, modern shower room, lounge/dining room and independent kitchen. Super outside space with balcony terrace from the living room with views over the local area and park and solarium for taking advantage of the...

A highly impressive semi-detached villa for sale in Torrevieja. This beautiful home provides spacious modern accommodation across a single floor. The property is offered to market in immaculate condition, boasting 3 double bedrooms including master with en-suite shower room, a modern family bathroom with walk-in shower cubicle, a large independent kitchen with integrated white goods, and an open-plan living room with dining area and dual-aspect patio doors opening to the garden....