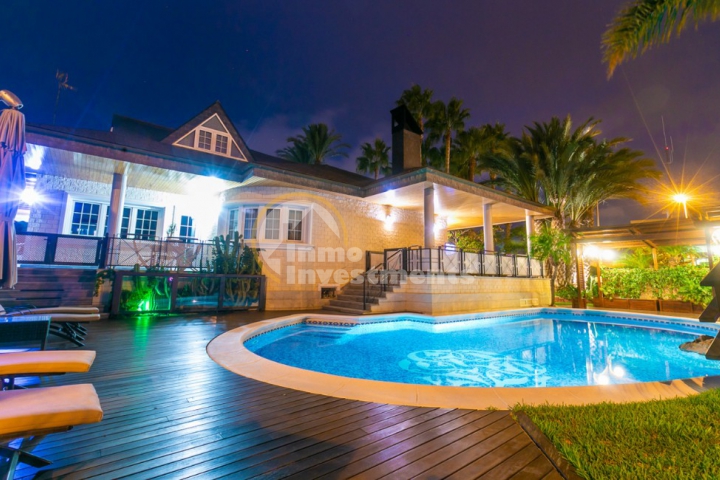 Overseas property buyers are snapping up homes in Spain in record numbers, outpacing the boom years of the real estate industry.

The latest industry data released by the Spanish General Council of Notaries (Centro de Información Estadística del Notariado), shows a total of 53,359 homes in Spain were acquired by overseas buyers in the first half of 2018.

The number dwarfs the 33,000 sales recorded in the same period from January to June 2007, when the Spanish property market was at its peak.

And despite ongoing political instability at home British buyers continue to lead the way, accounting for a record 7,613 property sales transactions, an increase of 8.8% over the same period last year.

Interest from overseas property buyers continues to fuel the rise in house prices, with 18.7% of Spanish property sales (or almost two in every ten property sales) coming from abroad.

Purchasers from the United Kingdom accounted for 14.0% of all property sales to overseas investors, followed by French buyers with 4,211 homes, and German nationals who purchased 4,138 properties in Spain.

Sales of Spanish domestic property to British buyers has increased by 13.0% since the country´s June 2016 Brexit referendum, which saw the UK vote to leave the European Union.

Most notably, interest from Irish and Danish buyers saw quite considerable increases, with sales to Irish residents up by 24.7%, and property sales to buyers originating from Denmark showing an 18.2% increase year on year.

The Valencia region remains the favourite destination, heading the list of provincial communities by a comfortable margin. Nearly one in every three home sales (15,613) took place in the autonomous community, and the region posted the highest annual growth at 16.7%.

« From Bulgaria to La Zenia, finding the ideal home on the... Next
How to save money on your overseas property purchase in... » Previous

Extensive detached villa for sale , perfectly situated in La Florida on the outskirts of Playa Flamenca . The villa boasts living space over one single level and comprises 3 double bedrooms with fitted wardrobes, 2 bathrooms (one ensuite) very spacious lounge, separate dining area with large American style open plan kitchen with breakfast bar, office/study (which could serve as a fourth bedroom/games or hobby room). Set on a private 787 m² with manicured and established gardens with mature...

A well presented top floor penthouse apartment in sought-after La Florida , Orihuela Costa. The accommodation is set across a single level and boasts a light and airy living/dining room, glazed terrace/sunroom, fully equipped independent kitchen with serving hatch and breakfast bar, bathroom and a spacious bedroom, with private terrace accessed via glazed patio doors. The apartment for sale is accessed via a secure gated central courtyard and comes complete with air conditioning, all...

Extensive detached villa situated on the border of La Florida and Los Altos on the sunny Orihuela Costa . This impressive property for sale offers an outstanding 436m2 of living space and is set on a private 800m2 plot. The house itself is st over three floors that can be used together or independently, as they all have separate entrances, both the basement garage and the main house, with an internal connecting staircase that can be closed to separate them, so that can be great for a...

Charming town house for sale in the popular area of La Florida . The property offers 70 m2 of living space and comprises 2 double bedrooms with fitted wardrobes, (master bedroom with Juliette balcony and the second bedroom with a balcony terrace), large family bathroom, cosy lounge with an adjacent dining area, and a fully equipped kitchen. Outside space boasts a low maintenance patio garden, the rear of the property provides a South facing aspect with a glazed terrace, for enjoying...

We are pleased to present this fantastic 2 bedroom 1 bathroom detached villa for sale in a quiet area of La Florida . This property has had a lot of improvement, natural gas and fibre optics have been installed, the front garden has been raised to the same level as the house with a lot of storage underneath. A storage shed has been built onto the side of the house and another storage cupboard with utility room next to it. We then have the roof solarium with conservatory and retractable...