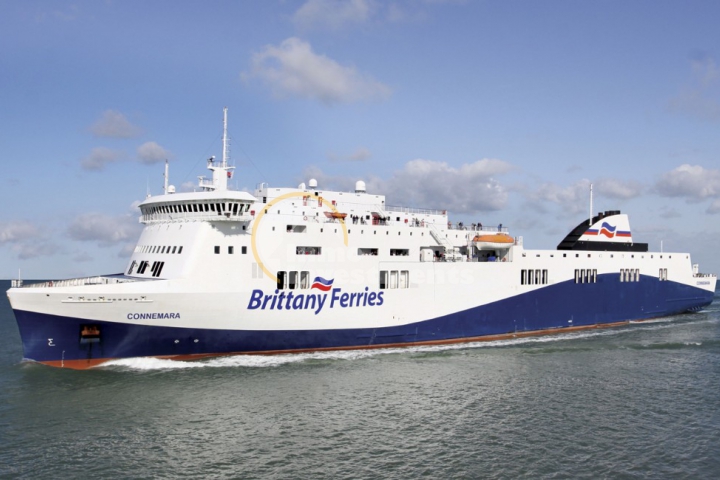 For the first time in history, a new direct ferry service links Ireland and Spain.

Brittany Ferries have commenced a new sea route between Ireland and Spain with two overnight return sailings weekly from Cork to Santander.

The French shipping company has chartered a new vessel for the route, and Brittany Ferries will be offering the economy prices and no-frills service that proved popular on their UK to France routes.

The ship servicing the route, MV Connemara, is a modern ocean going roll-on roll-off ferry first laid down in 2007, and the ship commenced services on the new route just last month.

The vessel is no stranger to Spanish waters, having spent her maiden voyages chartered to the Spanish shipping company Baleària, operating the Barcelona to Palma local passenger service.

After a brief spell with DFDS Seaways servicing the Baltic Sea route between Travemünde in Germany and the Latvian capital city of Riga, the ship was renamed to MS Norman Asturias and experienced her first offshore Atlantic service, on the route between Poole in southern England, and Spain´s port city of Santander.

Brittany Ferries acquired the charter for the MS Norman Asturias, renaming her MV Connemara in reference to the Irish cultural region in County Galway.

Departures take place from Cork on a Wednesday and Friday and departures return from Santander on a Thursday and Sunday.

What is the cheapest route from Ireland to Spain?

But with this new travel route now operational, exactly what is the cheapest way to get from Ireland to Spain, and how does the cost of the new ferry service compare with air travel?

To find out, we compared the costs of travel to the Costa Blanca for eight days in mid-season (Wednesday 12th September to Thursday 20th September 2018), travelling by air from Dublin airport, and travelling from Cork by ferry to the French port of Roscoff, and via the new ferry route from Cork to Santander. 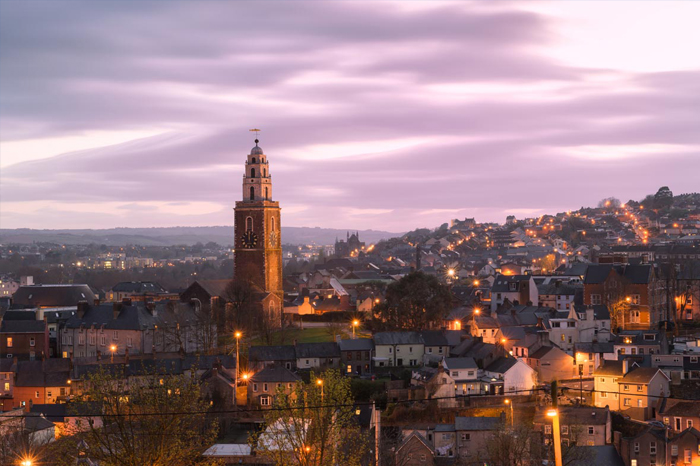 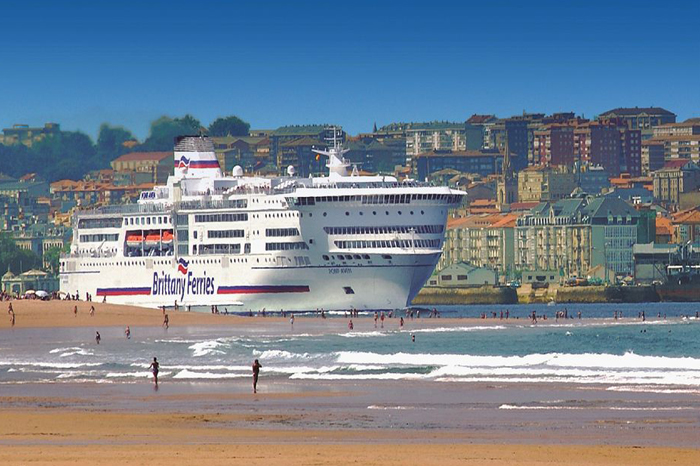 The French connection: Ireland to Spain via France (Roscoff)

Until last month, the most popular sea route from Ireland to Spain was via Brittany Ferries service from Cork to Roscoff.

A return ticket for a family of four with a car and a 4 berth en-suite cabin costs 500€, and the crossing takes a little over 15 hours to complete.

The French Atlantic coast road A-23 spans the country from north to south, passing through Nantes and Bordeaux and crossing the Pyrennees to enter Spain at Pamplona.

With a driving distance of 1,680km (1,044 miles) you can expect to leave the French port town and be here in La Zenia within around 17 hours, meaning that the driven leg of a trip to Spain can be completed within a day.

According to the European Michelin website, the current cost for tolls for the complete return journey would amount to €408.

Currently, the average fuel cost throughout Spain and France is €1.20 per litre, and in the average family car the fuel cost for the return journey would be around €285.

The new route from Brittany Ferries operates twice weekly return services year round with a crossing time of 26 hours and 30 minutes, and the cost for a family of four with a car and a 4 berth en-suite cabin costs €771.

Only 870km of the total 1,890km travel distance needs to be covered by car, offsetting the additional cost of the ferry ticket and reducing time on the road to just 8 hours and 15 minutes.

Tolls on the Spanish autoroutes add €170 to the total cost, with fuel contributing an additional €147 to the cost of a return journey.

The total average journey time for the sea route from Cork in Ireland, via Santander to the Orihuela Costa, takes just under 35 hours. With a total cost of €1,088 the cost per person is €272 for the complete return journey.

The route might take longer to complete, but the overnight element means that much of the journey is spent sleeping, and daytimes can be spent enjoying the facilities on board.

In addition, the driving distance is almost halved when compared with the Roscoff to Spain route, significantly reducing mileage added to the vehicle and fatigue to the driver. 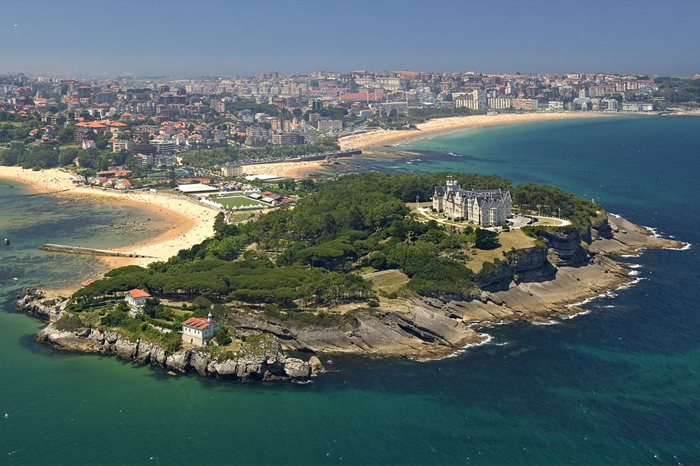 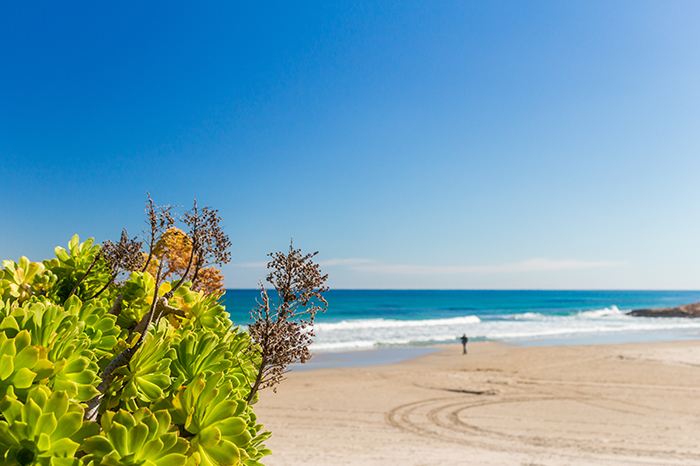 The fastest option: Ireland to Spain by air (Alicante)

Of course the fastest way to access the beautiful beaches and the sunshine of the Costa Blanca is by aircraft, and simply for comparison, flights from Dublin to Alicante take a shade under 3 hours to reach Spain, and currently cost from €210 return per person with Ryanair.

But with your car left at home you'll need to budget for a hire car when you're here, adding €150 to the cost of your journey, and you'll need to account for any car parking charges you might incur if you've left your car at an airport in Ireland.

For example, the cheapest option for car parking at Dublin airport adds €44 to the cost of an 8 day trip.

The cost for a comparable return journey from Ireland to Spain by air would total €1,034 or €258.50 per person.

A holiday for the whole family (including your pets)

The new ferry service costs just €13.50 per person more than flying based on our example itinerary illustrated above, offering surprisingly good value.

Sure, you won't be able to get from Ireland to Spain quicker than by air travel, but coming to Spain by car means you avoid the hassle of airports, and you can pack your car with anything you like, even bringing your beloved pets with you.

It's an ideal choice for Irish overseas property buyers or people that own a holiday home in Spain, offering local home owners the opportunity to bring large or bulky items like furniture from their home in Ireland.

Transporting items in your own car is significantly less regulated without the rules that govern air travel, so it's possible to stock up on good value fine Spanish wines, beers, and spirits whilst you're here, and take them back home with you when you return to Ireland.

Besides, whichever way you choose, the driving route from Ireland to Spain provides a once in a lifetime opportunity to experience some of the most breathtaking scenery in the entire world.

Beautiful Mediterranean style villa in La Zenia, Orihuela Costa. The property consists of 4 bedrooms, 2 bathrooms, kitchen and living room with fireplace. The villa is distributed over 2 floors. It has a plot of 475m2 with garden area, a terrace of 22m2, private saltwater pool and closed garage. It is located just 500m from the sea. La Zenia is a residential area to live all year round or for holiday stays, noted for its proximity to all kinds of services and the shopping center La Zenia...

Renovated town house in La Zenia provides 2 bedrooms , bathroom, WC/cloakroom (with possibility to add shower) The property has a modern living/dining area and a fully equipped independent kitchen. Outside space boasts a South facing aspect with spacious front terrace and a balcony, perfect for soaking up the all year round sun. Communal areas include a large swimming pool with manicured gardens and parking. Situated in the heart of La Zenia , within walking distance to several bars,...

Private plot of 700sqm right in the heart of La Zenia and only a short walk to the sandy beach and the popular la Zenia Boulevard shopping centre. This plot is situatated in a quiet street and well orientated offering a buildability of 1m3/m2, which comes out at around 245m2 of living area over two floors. Probably one of the last opportunities within the area!

Super location for this bijou apartment for sale , perfectly located between the beaches of Cala Cerrada, La Zenia and Cala Las Estacas, Playa Flamenca . The first-floor apartment offers a spacious double bedroom with fitted wardrobes, bathroom, an ample lounge/dining room, and an open-plan fully fitted kitchen, plus a glazed balcony terrace and boasting swimming pool views. Set on a quiet community with swimming pool and communal parking for residents only. Sold fully furnished...

This beautiful and impeccably presented corner position town house has been thoroughly renovated and lies just 400 m from La Zenia beach .The property provides spacious, light and bright accommodation across two storeys. A covered terrace overlooks a natural park, and the glass doors can be pushed completely aside so you can leave the terrace open in the summer and perhaps enjoy a glass of red wine in the evening whilst watching the sunset. Upon entering the property you will...

Imposing detached villa for sale in the heart of La Zenia has a total of 4 bedrooms and 3 bathrooms. The main villa offers 3 double bedrooms, 2 bathrooms, open plan living room with dining area, feature fireplace, and a fully equipped kitchen.. At the garden level, an independent guest apartment boasts a further bedroom ,bathroom, lounge and kitchenette plus a very spacious large separate storage area which could be converted into further living space or used for a multitude of... 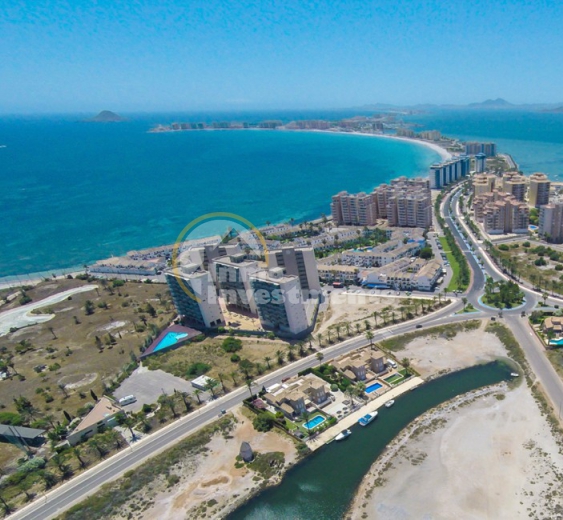 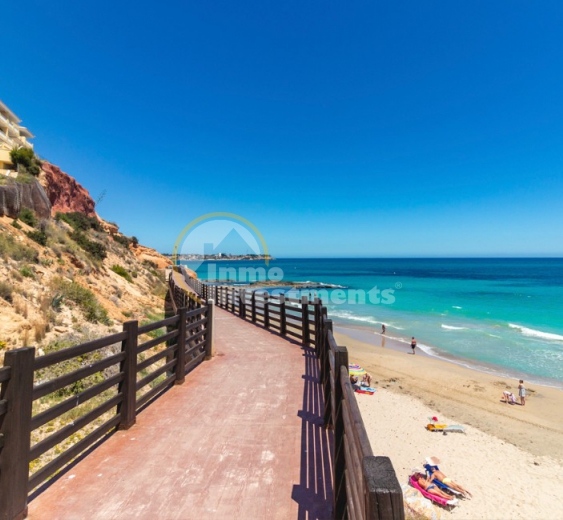 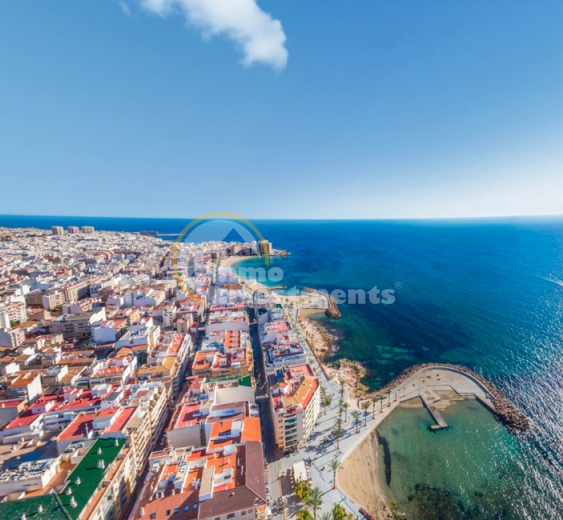