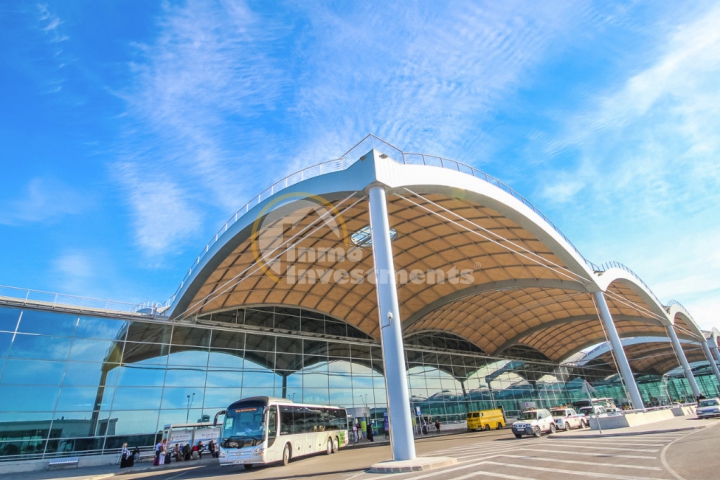 From this summer the Costa Blanca will be connected with an additional 12 cities in Germany. Amongst others, Eurowings, the budget airline of the Lufthansa Group, will be offering direct flights from Munich and Stuttgart to the provinces Alicante-Elche airport.

Other cities such as Dusseldorf, Frankfurt, Cologne, Hamburg, Berlin, Karlsruhe, Memmingen, Bremen, Munich, Stuttgart, Nuremberg and Hanover will be available through various airlines such as Eurowings, Norwegian, Ryanair, Transavia and Lufthansa. Eurowings will make weekly affordable flights from May.

The announcement was made recently at the Travel Tourism Fair in Hamburg, where the Costa Blanca Tourist Board was also represented.

In 2017, Alicante airport attracted over 900,000 visitors from Germany, taking 3rd place in the number of visitors on the Costa Blanca just behind Holland and England.

In total, Alicante airport received a total of over 705,0000 passengers during 2017, representing an increase of 3.0% over the previous year.

« Video testimonial from our satisfied clients, Beverley... Next
Avant-garde city centre living with an apartment in... » Previous

Renovated apartment with roof terrace located at Playa Flamenca and close to the La Zenia Boulevard. The modern furnished apartment has 2 bedrooms, 1 bathroom, an open kitchen with cozy living room with access to balcony terrace and the sunny 40m2 roof terrace. Sold fully furnished and key ready including white goods, air conditioning and BBQ. Set on a community with swimming pool for residents. Walking distance to the La Zenia Boulevard and the amenities of Playa Flamenca and a few minutes...

Spacious South facing apartment for sale offers a spacious living area and an independent kitchen with utility room. From the living area are French doors leading onto a spacious terrace with sea views. The property has 2 bedrooms with built in wardrobes and 1 refurbished bathroom. The property has a solarium offering distant sea views and storage room. The property is presented immaculately, comes partially furnished – to be discussed and has air conditioning. Set on a quiet community...

South facing second floor apartment for sale in the sought after Oleza complex in Playa Flamenca . The apartment offers a spacious bedroom, family bathroom, a light and airy lounge area, American style kitchen, all leading out to a private breakfast/sun terrace overlooking the communal pool area. The apartment is to be sold partly furnished including white goods. Set on the charming and verdant complex with 2 communal swimming pools for adults and children, lush gardens, night security...

Spacious and bright ground floor maisonette for sale in Playa Flamenca with a front garden of 28 square meters, covered porch, a spacious living room with kitchenette, two double bedrooms with built-in wardrobe, plus rear enclosed patio used for laundry and storage room with additonal bonus room which could be used for a multitude of uses including office, play room, additional bedroom which boasts access to the rear South facing garden. The property is well maintained and recently...

Apartment for sale situated in Playa Flamenca on the Orihuela Costa . This property comprises of a beautiful balcony , an open plan living space with a fully fitted kitchen, with an adjoining bathroom with walk-in shower; living room with air conditioning and furnished nicely; one double bedroom with built in wardrobes with good light and another double bedroom (master) very large in size with amazing natural light and windows. For outside space, you have a spacious terrace off the...