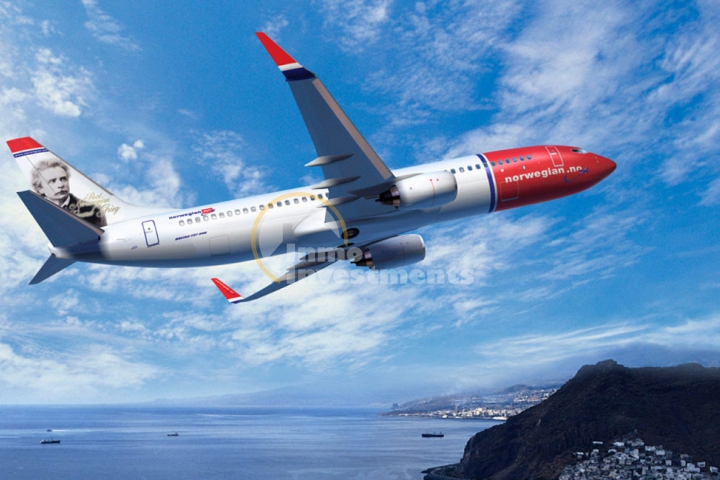 
Despite the turmoil of 2017, Alicante-Elche International Airport have reported a marked increase in passenger numbers.

The latest provisional data available thus far for the summer of 2017, reveals an increase in passenger numbers across Spain, with Alicante airport the fifth busiest Spanish airport behind Malaga, Palma de Mallorca, Barcelona, and Madrid airports.

The latest data for the month of July shows an increase of 11.6% in passenger movements, and a 7.7% increment in flights, handling a total of 1.6 million passengers and more than 10,600 aircraft throughout the month.

The increase in foot traffic outpaced all of Spain´s other main airports, with Madrid seeing passenger numbers increase by 3.7%, Palma de Mallorca increasing by 5.2%, Barcelona reporting an 8.0% increase in numbers, and Malaga reporting an increase of 11.2%.

Scandinavian low cost air carrier Norwegian announced new routes earlier this year from Düsseldorf in Germany, and from the Icelandic capital Reykjavik, which have begun operating over the summer contributing to the increase in tourist numbers in the Valencian provincial region.


AENA is the world´s largest airport manager, responsible for the administration of all airports in Spain in addition to managing London Luton Airport, and 15 other international airports around the world.

A statutory corporation, AENA is a public corporate entity attached to the Ministry for Public Works and owned by the Spanish government.

« Another quality property sold in Punta Prima, Costa Blanca Next
Your place in the Costa Blanca sun: home or away? » Previous

Ground floor maisonette style apartment for sale located in Aguamarina, front line and with direct access to the beach.. The property offers a large bedroom, bathroom, living/dining room, open plan kitchen, rear courtyard of 15 meters with storage room and terrace overlooking the gardens, Sold fully furnished and key ready and in excellent condition.The residential is located on the beachfront in Aguamarina and boasts ample gardens and several swimming pools. with direct access to the...

Luxurious villa for sale , built in 2017 in a very modern style and a perfect example of a resale of a new build property. The extensive living space is spread over two levels and the basement is prepared and fully used as a garage and multi-purpose room, including a separate office space The ground floor boasts a large living room, open to the fully equipped kitchen and a wide glass window front also directly accessible to the veranda. Furthermore, there is a spacious bedroom with its own...

Penthouse apartment for sale with private solarium boasting sea views is for sale in Ciñuelica , Punta Prima. The apartment offers 2 double bedrooms with fitted wardrobes,family bathroom, lounge, dining room, fully equipped kitchen and utility room. Perfect outside space to enjoy the Spanish sun, with balcony terrace and a private solarium which boasts lateral sea views. The penthouse is sold fully furnished and key ready with air conditioning. Set on a beautiful and sought after community...

Impressive villa situated on a large elevated plot with good size private pool and lots of sunny outside space with off road parking.The property consists of entrance hall ,very large lounge with good size sunny terrace overlooking the pool,large open plan kitchen,good size family bathroom,upstairs is a small self contained apartment,good storage and option for under build underneath the property.The property is in good order through out with easy potential to create more bedrooms.

Well located town house for sale at Vistamar VI only 100 m from the beach in Cabo Roig . The property offers 78m2 of living space and comprises 3 bedrooms, 2 bathrooms, large dining/living room and American kitchen. Outside space offers South facing terrace and garden and rear patio, plus solarium for year round sun. Set on a closed community with swimming pool and communal parking for residents. Sold as seen , unfurnished . Super beachside location with all amenities on hand. Contact...

Modern detached villas, first and second line to Las Colinas Golf situated over one level and provide 3 bedrooms and 3 bathrooms. Well designed, the villas boast natural light throughout the main living area, kitchen and bedrooms. The villas offer a spacious 1,400m2 plot with garden, private pool, onsite parking and a spacious terrace for enjoying the summer sun. The properties are tailored to your needs with many extras such as a garage with seperate entrance, underbuild, solarium and a...