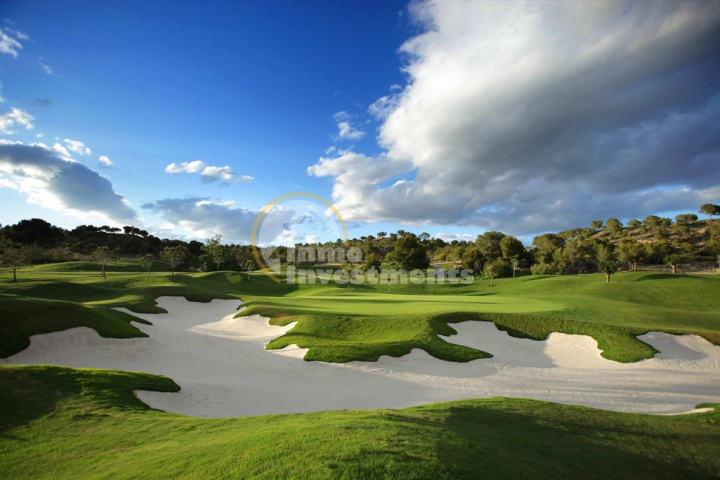 
Las Colinas Golf and Country Club has been recognised at the World Travel Awards 2017 with nominations in no less than three categories, marking the third year in a row that the Costa Blanca´s favourite golfing destination has been nominated for a prestigious award.

The World Travel Awards were established in 1993 to acknowledge, reward and celebrate excellence across all sectors of the tourism industry by recognising excellence within leading resorts across the globe. Annually, an international jury of hospitality experts and peers decide on the presentation of awards to a host of global brands large and small, including household names such as British Airways and Radisson Hotels.

Widely regarded as the most coveted accolade in the travel industry, Las Colinas will be hoping to cement their position as one of Europe's leading travel destinations at the awards ceremony in Saint Petersburg, Russia on 30th September 2017.

The Director General of Las Colinas, Cristobal Guerrero, was thrilled with the nomination. "We are delighted to have been recognised once again by the World Travel Awards, and be up for three incredible awards. Having been victorious at the awards in recent years we are extremely keen to continue our success. It is testament to the hard work of everyone at the resort that we are still being nominated for such prestigious awards".

Las Colinas Golf & Country Club is located in San Miguel de Salinas, just 4 miles inland of Inmo Investments offices in La Zenia, and south of popular Torrevieja. Set within more than 800 acres of stunning Mediterranean countryside, Las Colinas has become a local favourite with international holiday makers, golfers, and holiday home owners seeking a property in a central location that offers something for everyone.

The exclusive community represents the very pinnacle of luxury homes, offering views both over the sympathetically sculptured golf course and stunning Mediterranean woodland. With modern apartments available from just €335,000 and a choice of new build luxury villas from €590,000, the select community is private and secure.

Keen golfers and residents at Las Colinas can enjoy officially Spain's very best golf course (receiving the title twice in succession at the World Golf Awards in both 2015 and 2016), a golf academy, tennis courts, and a state-of-the-art gymnasium and fitness centre.

The golf resort boasts an ocean-front beach club in Campoamor, a falconry school, a revered Japanese restaurant, a sophisticated cafe, mini market, and numerous nature trails that complement the stunning natural beauty of the surrounding Spanish countryside. Take a look at our selection of beautiful homes at Las Colinas Golf and Country Club, or download our local Costa Blanca Golf Guide free to your phone, pad, or computer.

« The perfect home in sunny Spain: San Luis, Torrevieja Next
Hopeful home buyers flock to find their Place in the Sun » Previous

Penthouse apartment with stunning views in Port D'Andratx , provides 2 bedrooms and 2 bathrooms, a spacious living/dining area with open plan kitchen. Outside space boasts a private balcony terrace with access to the rooftop solarium which offers amazing views and is perfect for enjoying the sun. The community offers a communal pool and gardens. Contact Inmo Investments today to arrange your viewing appointment.

A beautiful traditional Spanish finca for sale in Bigastro with a 30,000m² plot (in excess of 7 full acres). The extensive property offers 3 bedrooms, 2 bathrooms, a living room with fully functional feature fireplace, and an independent kitchen diner. A garage and converted underbuild offer additional accommodation and storage space. The extensive 7.4 acre plot is surrounded on all sides by private Mediterranean countryside offering an exceptionally high level of privacy and seclusion....

Stunning semi detached villa for sale situated in the quiet residential area of La Fiesta in Ciudad Quesada . The property sits on a very large 315m2 plot, with lovely garden areas and various seating and outdoor dining areas. The plot is located in a gated community, complete with communal garden areas and swimming pool, and also communal parking .Access to the interior is through a lovely glazed in terrace area, perfect for enjoying the winter sun. The main door enters into a a spacious...

Plot of 600m2, Villa of 296,99m2 build. Consists of: living - dining room, kitchen, 4 bedrooms (two en suite with dressing room), office and 3 bathrooms, two terraces discovered with the area of chillout and garage. Installation of air conditioning and heating throughout the house. The Villa is located 600 metres from the beach of Campoamor, 300 metres from the supermarket and several restaurants located in the area. Torrevieja City: 10 minutes by car, 55km from Alicante airport.