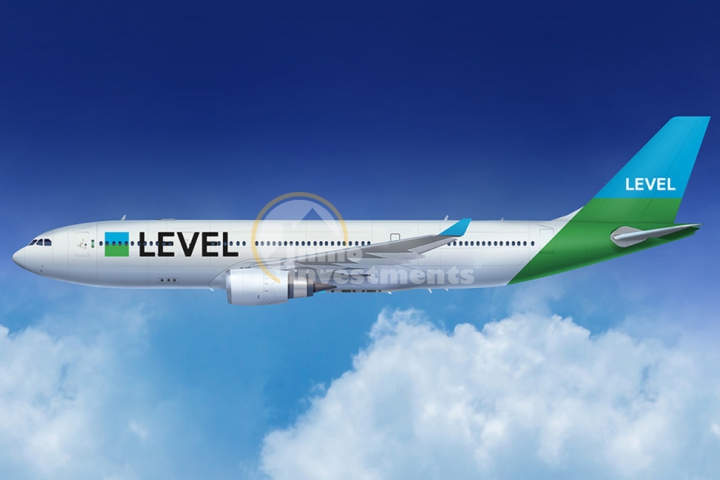 Fly from Spain direct to Los Angeles
USA for just €99.00

LEVEL will operate just two modern Airbus A330 aircraft and offer flights direct from Barcelona airport to four American destinations, connecting the Spanish mainland with Los Angles and San Francisco's Bay Area in the USA, Buenos Aires in Argentina, and Punta Cana in the Dominican Republic.

Willie Walsh, IAG chief executive said "LEVEL is an exciting new IAG airline brand which will bring a stylish and modern approach to flying at prices that are even more affordable. It will benefit from having the strength of one of the world's largest airline groups behind it".

LEVEL will become IAG's fifth main airline brand alongside Aer Lingus, British Airways, Iberia and Vueling. It will complement the company's existing airline portfolio and further diversify their current customer base, as the brand strives to compete alongside other long haul budget airlines such as Norwegian, already offering a direct Stateside service from Alicante on the Costa Blanca to Las Vegas.

Launching in June, the service promises to add a choice of exotic destinations for residents of Spain, with direct flights to Los Angeles starting at just €99. The airline is also expected to increase the amount of American visitors to the Spanish eastern coastline, with return flights to Spain starting at just $149.

« Authentic Spanish recipe ideas: Mediterranean pasta bake Next
Get free tickets for A Place in the Sun Live 2017, London » Previous

Contemporary villas for sale in Finestrat , provide 3 double bedrooms and 3 bathrooms. Open plan living/dining area with a fully equipped modern kitchen with integrated white goods, built to an exceptionally high standard. Outside space boasts a private infinity swimming pool, landscaped garden including a driveway for off-road parking, a sunny balcony terrace with stunning views and also has the option of a private solarium, ideal for all-year-round sun. The villas include all extras...

Impressive villa situated on a large elevated plot with good size private pool and lots of sunny outside space with off road parking.The property consists of entrance hall ,very large lounge with good size sunny terrace overlooking the pool,large open plan kitchen,good size family bathroom,upstairs is a small self contained apartment,good storage and option for under build underneath the property.The property is in good order through out with easy potential to create more bedrooms.

Modern quad villa at the prestigious Urbanisation La Finca in Algorfa. The property for sale offers an extensive living space comprising 2 double bedrooms, master with en-suite bathroom, further family bathroom, ample lounge/dining room with large patio windows for light and air plus modern open plan kitchen. Set on an ample plot with corner garden of 70m2 with raised dining terrace plus onsite parking and boasting an impressive 45m2 solarium for year round sun. The property is sold in...

Cozy apartment for sale in Guardamar, with great location just 2 km from the sea.The penthouse is located in a residential complex with few residential units. The home has 2 bedrooms and 1 bathroom. There is underfloor heating throughout the residence, valves on all windows and air conditioning in all rooms. The penthouse apartment boasts roof terrace you can enjoy the beautiful views and sun all day. There is also a terrace overlooking the mountains outside the living room.Right by the... 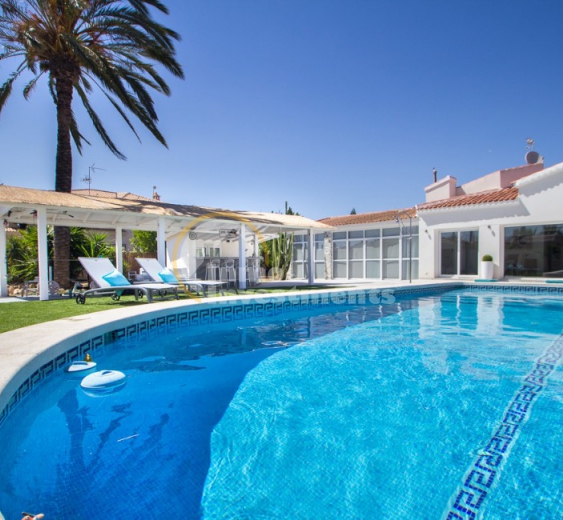 Before and after, take a look at this stunning eco-renovation project

Transformed: a traditional Spanish villa renovated into a modern luxury home THERE CAN BE... 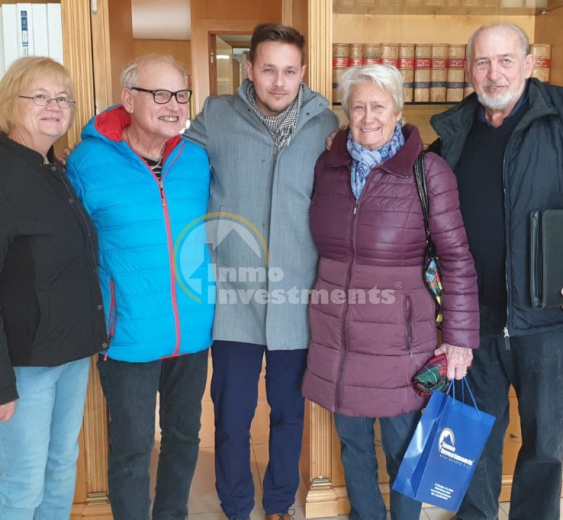 THIS PHOTO TAKEN just yesterday, memorialises the moment that Helga and Karl-Heinz (centre...