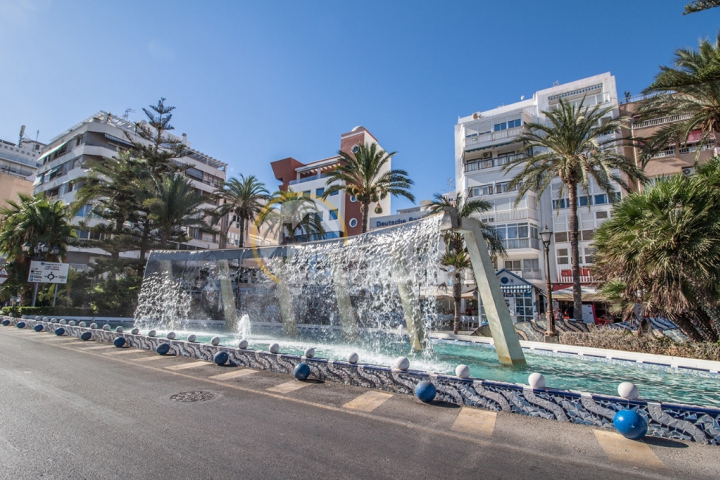 The southern Costa Blanca city of Torrevieja enjoys a beautiful climate, with temperate and thankfully short winters, combined with long warm summers that stretch all the way from April through to November most years.

Today, the south Valencian municipality is home to more than 100,000 residents, and the latest statistical data released recently by Eurostat, the European Commission´s official statistical office, names Torrevieja as Europe´s most multicultural city.

The percentage of residents living in Torrevieja born outside of Spain has reached a total of 46.7% - nearly half of the entire residential population; beating Brussels in Belgium in to second place, with a non-indigenous population of 44.4%.

Nationwide, the foreign-born population in Spain averages 12.7%, a testament to the accepting, warm, and welcoming nature of the Spanish people.

Torrevieja is a beautiful place to live, and with modern transport links served by two international airports (Alicante and Murcia-San Javier), it´s only two hours travel time from most north European destinations. Take a look at our property for sale in Torrevieja, just click here.

A beautifully presented large detached villa for sale in the centre of Cuidad Quesada town. The property offers a total of 4 double bedrooms, 4 bathrooms, and 3 open plan kitchens. The ground floor features a storage room, a conservatory, and an impressive living room and dining area, whilst the first floor offers additional accommodation including a snug/cinema room, and a lounge area with access to a sun terrace with panoramic views to the salt lakes. The villa boasts a...

A select development of just three detached new build villas for sale in the centre of popular Ciudad Quesada. Built using the latest construction techniques and the highest quality materials, each property will offer a total of two double bedrooms, one guest bedroom and one master bedroom with en-suite facilities and patio door to the garden, a family bathroom, and an open-plan living room with ultra-modern kitchen, dining area, and patio doors to the sun terrace. Accommodation is...

A rare opportunity to own an extensive "Monte" style detached villa for sale at a prestigious location in Los Dolses , Orihuela Costa. The sunny villa offers extensive family living space and comprises 4 double bedrooms, 4 bathrooms, lounge/dining room and open plan kitchen and utiltiy room. Set on a price 840m2 plot with lush gardens, ample sun terraces, on site parking with shaded car port and private swimming pool. The villa also boasts an outstanding solarium with built in BBQ and is...

This very attractive 3 bedroom, 2 bathroom, Lola style townhouse is presented for sale in excellent condition and has been maintained to a very high standard.The property offers a spacious, very popular design accommodation distributed over two floors, The ground floor has a large lounge diner with a double bedroom, separate kitchen and bathroom. A feature staircase leads to an additional, 2 double bedrooms and a large family size bathroom. A terrace from the master bedroom overlooks the...

Immaculate town house in the heart of Playa Flamenca provides 2 double bedrooms and 2 bathrooms. The property consists of a light and airy living/dining area with natural light and American style kitchen with breakfast bar. Outside space boasts a low maintenance garden, sunny balcony terrace and an impressive spacious rooftop solarium with sea views. Situated in the heart of Playa Flamenca with plenty of amenities all on the doorstep, including the Saturday street market and the popular...